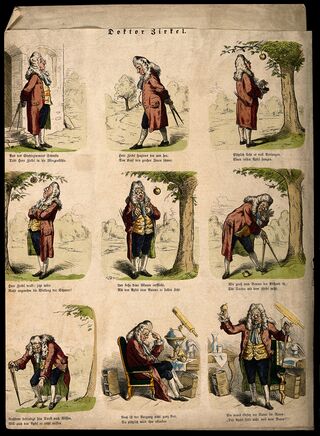 Newtonian modelling proved very divisive when introduced by David Braben to Frontier: Elite II. Some felt it was brilliant because it made the game so much more realistic. Others felt that it ruined the game!

Newtonian flight modelling is the style of space craft simulation used in Frontier: Elite II and Frontier: First Encounters, and is distinct from the type of flight model used by classic Elite and Oolite. Elite: Dangerous has cleverly facilitated both flight models in the new game.

The goal is more realistic flight modelling - objects in the simulated space of Frontier and FFE should behave as they would in the real vacuum of space. A space craft or any other object set on a given course, will remain at that speed and direction unless deflected by something else (for example, a collision or activation of one of the ship's thrusters). Compared to classic Elite, the player will see high speeds relative to planetary bodies and is unlikely to encounter the 'speed limit'. The ship can also be rotated without changing the direction of flight. Players used to the classic Elite "aeroplane in space" flight model are likely to be confused by a Newtonian flight model when they encounter it for the first time.

The name, Newtonian flight model, comes from the name of Sir Isaac Newton's laws of motion and laws of gravity. The simulation is somewhat imperfect.

There are three basic control methods in FE2/FFE, absolute manual (also known as "Engines Off"), set speed (also known as "Engines On") and Autopilot. You can cycle through these three modes by pressing the Tab key. Absolute manual involves the manual firing of both the main (use the Enter key) and retro (right Shift) keys in order to achieve your speed. This mode will be necessary in order to do delicate manoeuvring and dogfighting, but can be somewhat tedious for interplanetary travel. Set speed involves stipulating a speed (increasing with Enter and decreasing with Shift), which the computers will then attempt to maintain automatically. Lastly, and probably most importantly is the Autopilot. This should be one of your first purchases, as it can be somewhat difficult to dock with space stations or even get into orbit around planets without it. This essentially takes the judgement and piloting out of interstellar travel, and as travel can take many minutes (subjective) or days (objective), this saves you both a lot of time and effort.

The speeds in FE2/FFE are all expressed as kilometres per second (to the power of minus one), but they can be a highly confusing figure. Much of this confusion stems from the fact that the speeds are always expressed relative to another body. For instance, if you were traveling in the Sol [0,0] system, heading for the star at the centre, your relative speed would fluctuate during your journey, even if your absolute speed (measured against the star, which doesn't move for the purposes of space travel) remained the same because your speed calculation would change due to its being measured against different bodies within the system. At the bottom-left of your screen there should be the name of a planet, star or space station. This is what your relative speed is being measured against. If this name changes, your relative speed will be measured against the new named body. Your absolute speed will not change, although if you are in engines on mode (above), your ship will attempt to match the relative speed you have set.

The bug can be exploited to achieve some very large accelerations in very short timescales. As orbits do not follow Kepler's Laws (they're simply set) then a player can leave a fast orbiting object such as a station or the moon of a gas giant at a low speed and retain the low speed to go skimming the gas giant. Under real physics (and JJFFE), the player would be travelling at many kilometers per second relative to the gas giant and would have to perform a long deceleration (de-orbit) burn.

The reverse of this bug is also possible. Rather than have to match orbital velocity with a moon (e.g. Io to dock at Columbus), a player can simply 'intercept' the moon at a low velocity and when his velocity is measured relative to the moon, he will have suddenly matched orbits with it.

This can be extremely unnerving for players used to FE2 and FFE when, in JJFFE, they're unable to match orbits with a moon or a station.

Another bug in FE2 and FFE's Newtonian dynamics is that only the gravity of the current reference mass is counted. This can make it extremely difficult when a small planet or moon is orbiting a large star or gas giant. An example is Canopus 1, which in FFE can never become the reference mass. Players can fly straight through it.