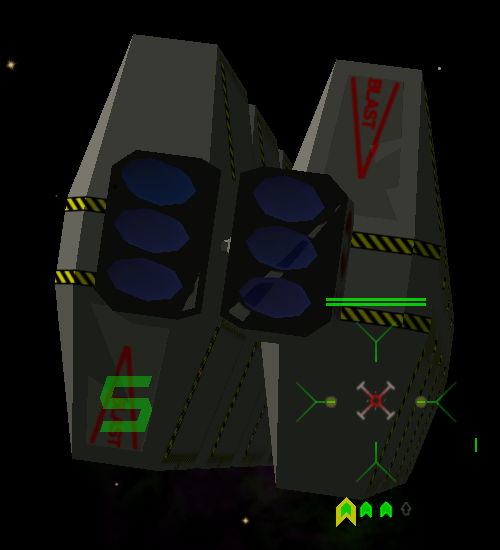 I played Elite on the BBC Model B many years ago, then on the Electron and a few other computers around at that time. Not many more recent games come close to the fun of Elite with its combination of trading and combat but the nearest, at least to me, were the I-War games (I-War 2 site).

And then I bumped into Oolite :-)

Other Objects and miscellaneous Eye-Candy

G-HUD. With thanks to Cmdr. Maegil on the Bulletin Boards this is now upgraded to the Mk2 version which has moved things out from the centre and added a background to the Main Scanner for some extra clarity.
Update : This was written for Version 1.65, on 1.71.2 then scanner background isn't displaying properly. It's on my to figure out what's gone wrong list ! 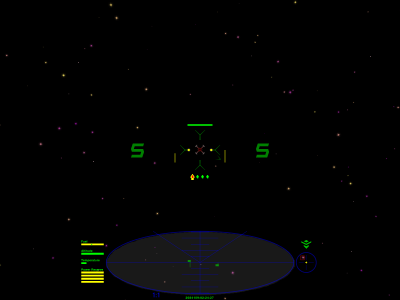 My OXPs (Under development, but don't hold your breath !)

It is my intention that the below will be released in two parts - the ships and then a mission pack that will utilise them. So far modelling and texture creation (except the Minotaur) is complete and testing is underway to get the ships to behave as I want them. This will probably involve a lot of cribbing from other developers, hopefully they won't mind too much :-)

The idea for the smaller ships came from the 'Renegade Pirates'. I thought that if the bad guys were getting more powerful then the forces of light should be countering. In this series each nacelle, with the exception of the Jaguar, will be a laser mounting point.

The inspiration for the larger ships came from having HMS Albion outside my office window !

The downer is that they seem to require a moderately capable graphics card to show smoothly.

The text is reversed as I have found that somewhere in the process of turning these into Oolite ships the texture gets turned around. <edit>Found a more up to date version of Obj2DatTex.py that has this issue resolved</edit> 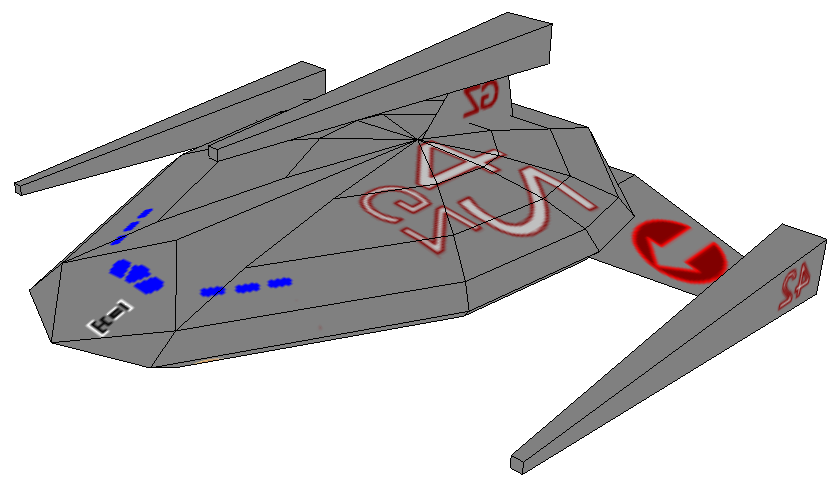 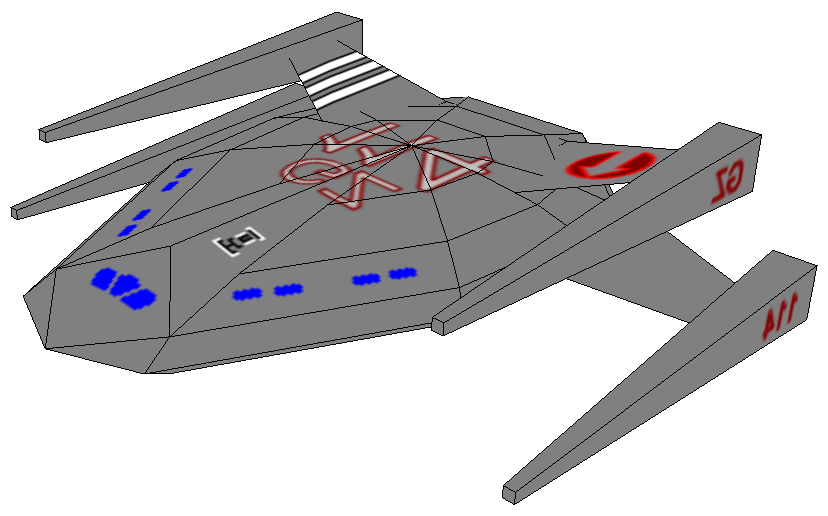 Jaguar - Civilian, and the only player vessel in the set. Based around the Leopard but with some systems removed to make room for cargo and with a lower performance. 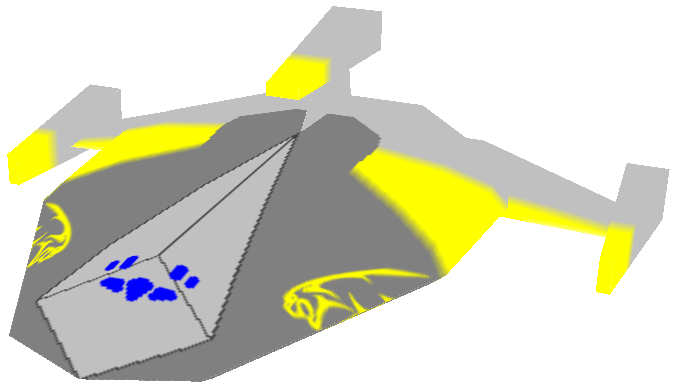 Titan Heavy Lifter - With its modular cargo handling the Titan is a very flexible vessel. Each cargo pallet is a fully independent pilotless ship, albeit with a very limited performance. The pallet computer is capable of docking with the parent vessel or entering a standard station dock. It should be noted that the Titan is approaching a third of a kilometre from bow to stern. 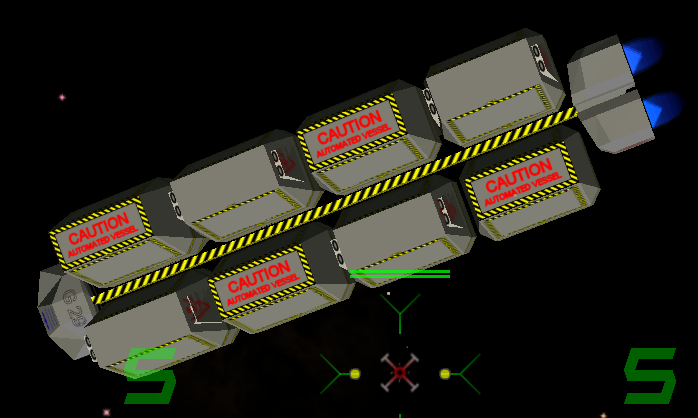 Goliath Fleet Auxiliary - Utilising the same pallet system as the Titan, the Goliath acts as a Fleet Auxiliary Vessel providing supply and maintenance facilities to groups operating away from friendly bases. This example is fully loaded with three standard cargo pallets and a dry dock pallet.

Minotaur Planetary Assault Vessel - Colloquially known as the Planet Killer or simply PK. Remove the cargo capacity of a Goliath and replace with a high power energy weapons system. Despite its nick-name this ship cannot physically destroy a planet but can devastate large areas of the surface, or even dump sufficient energy into the atmosphere to wreck the target's ecosystem. Slow and with restricted manoeuvrability it will always be accompanied by a Support Group of other vessels.

From fore to aft this example carries the twin main beams (with its associated baffle and shielding), the main beams' power supply, and the ‘Command and Control’ module. The C&C carries a 'Flexible Missile Launcher' which can release a variety of ordnance together with a number of plasma turrets.

The simple presence of a PK Group in-system can have a significant influence on local politics !