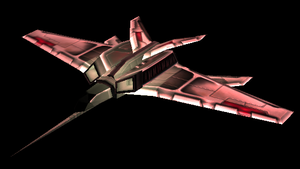 The Ace Shipbuilding company, operating out of Teesdi, opened its doors for business in the year 3080. It had a promising beginning, filled with the exuberance of youth, innovative ship designs and plenty of PR. They also made it a company policy to include a lot of otherwise optional equipment as standard in all their models, which certainly won them a few friends. But financial troubles soon began to plague the company. Technical difficulties with the Cruzer's externally mounted engine nacelles, and an inability to deliver on promised specifications led to a lot of time spent in court rooms. After a number of troubled years many of the lead designers left the company to move on to other things, leaving the fledgling company with just the three production models: the Cruzer, the Hornet and the Night Adder. They have continued to sell these, in almost original form, for a number of years, with the Night Adder in particular keeping profits up.

This system falls under the responsibility of the Navy Command Station 8 in Xeer. (Galactic Navy OXP)