The standard Helvetica font in Oolite is functional and pleasant enough, but let's face it: it's not the most exciting font to look at. Changing the font can give Oolite a completely different look and feel, and help make the game look fresh.

This page is intended to bring together all the information on the various font files available for Oolite, to display a sample of each one, and provide download links for each one.

Note on icons: icons are often included in the fonts. See Icons beneath.

Unlike other OXP's, you can only have one font file active at any one time. To install one of these font files, download the OXP to your AddOns folders, then hold the shift-key down while starting Oolite until the spinning Cobra appears. Alternatively, you can download each of these files through the download manager. They are all listed in the "Ambience" section, and all have a name starting with "Font".

If you attempt to install more than one font file, only the last one which the game loads will take effect.

There are, at the time of writing, 9 different font files available for Oolite. Click on any of the images to see a full size version. 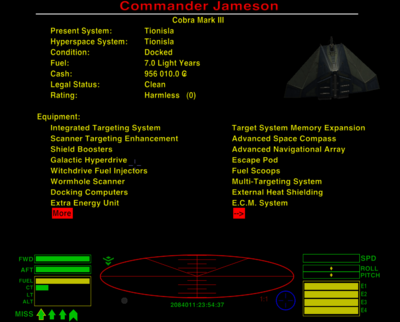 Note: this font does not feature Vincentz's new icons for economies (see below), rather using the standard agricultural/industrial icons . 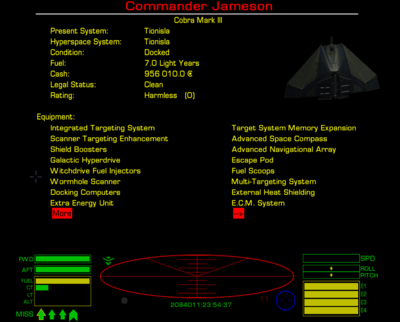 Description: (from BB post) "Yet another font from Elite: Dangerous into Oolite: the modern squarish one (or at least something sufficiently similar to it)."
Download v1.2: FontDangerousSquare.oxz (downloaded 2159 times). 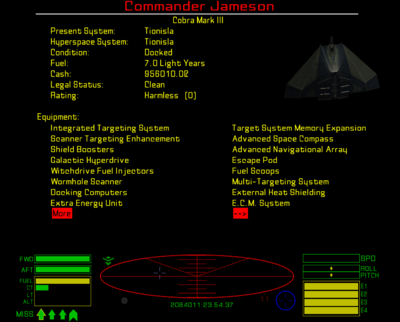 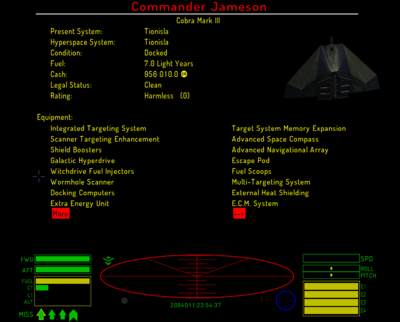 Description: Font based on Google's webfont 'Dosis' designed by Edgar Tolentino and Pablo Impallari, as used by the game 'Elite:Dangerous', with icons from edgepixel's 'Dangerous Square' font.
Notes: edgepixel originally released this font under the name "Dangerous", however he did not attach a license to the pack, which means that no updates could be made to the pack. Therefore, the "Dangerous" font pack is no longer available from the download manager and this new version, called "Dosis" is available instead. The original version is still available if you want it.
Download v1.0: FontDosis.oxz (downloaded 967 times).
Download v1.1: FontDangerous.oxz (downloaded 530 times). Please note that this download does not have a license and is only available for historic reasons. 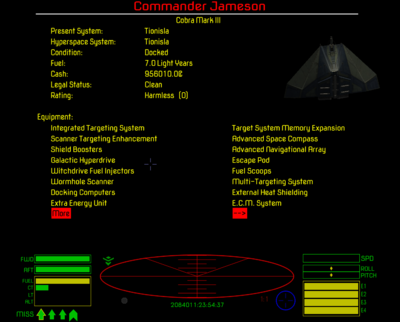 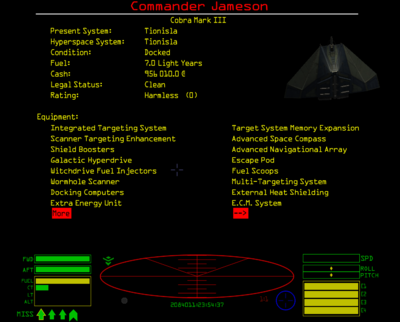 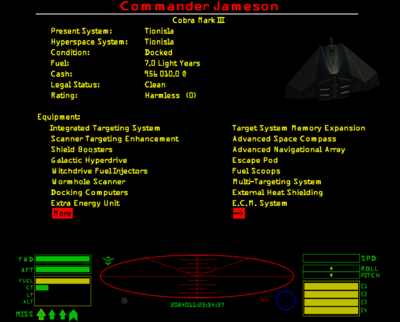 Description: The Deepspace ships OXP used a font file based on the OCR A font. However, the license of the Deepspace OXP didn't allow it to be updated or to have the font file extracted. So Commander Zireael built a new font file based on the same character set and named it the "Standalone Font".
Download v1.0: FontStandalone.oxz (downloaded 1070 times).
Notes: This font file doesn't include all the characters in the OCR A font. For languages other than English the original Oolite font file characters will be used. 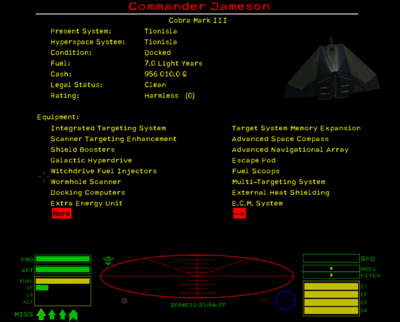 Description: Based on the font 'Cella' designed by Volker Busse at http://www.fontpalace.com/font-download/Cella/.
Download v0.6: FontTty.oxz (downloaded 977 times).
Notes: This font file doesn't include all the characters in the 'Cella' font. For languages other than English the original Oolite font file characters will be used. 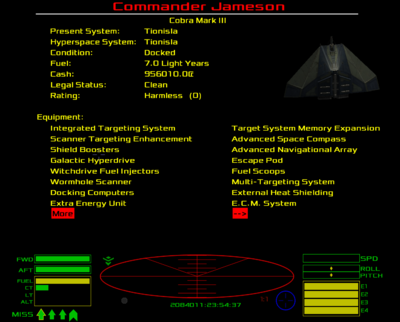 Description: Based on the font designed by Severin Meyer at http://openfontlibrary.org/en/font/xolonium. A Futuristic font with a focus on readability.
Download v1.3: FontXolonium.oxz (downloaded 1579 times). 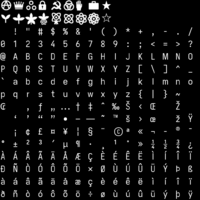 See How to create new font OXPs? for the discussion 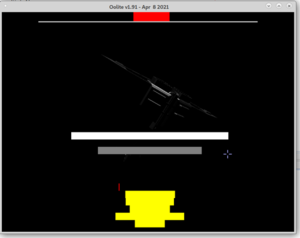 This issue sometimes occurs when one has attempted to build Oolite on a Linux computer, after downloading the source from GitHub, rather than using the installation package from Oolite.org. 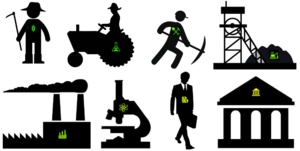 There are a number of different variants for the standard Oolite set of icons.