OK, so the title's a bit grandiose but if I can convince myself of a better one then I'll change it...

This OXP tries to alter the situation of standard missiles being 'a bit rubbish' and hardhead missiles being maybe a bit too good. I like the simple mechanic of the ECM but I think it's problematic in it's current use.

Standard missiles are one of the few (if not only) weapons available for purchase by the starting player but often they are money 'thrown away' (bit harsh perhaps but can be true). Pirate packs and trade convoys will usually have ECM - so when the player needs their missiles most (ie when outnumbered) they are at their least useful.

Thargoids in Classic Elite were (nearly always) immune to missiles because they always had ECM and there were no hardheads. I think that's kinda cool - if there were to be a special anti-Thargoid missile then I think it should be rare or expensive or part of a mission or perhaps all three! Meanwhile hardheads nearly always hit (to significant effect) and standard missiles nearly always don't. I don't think that's desirable behaviour.

So, what does this OXP do about it? 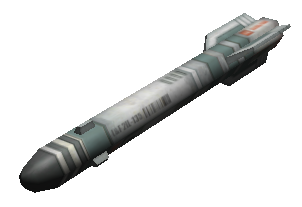 The result is closer to that of the original elite - and more interesting in my honest opinion - whilst remaining simple:

It's only version 0.6 as there's potentially lots to tweak and maybe a few things to add but... it works for me. Hope it's of interest.

Available from the in game manager.