Since v.1.87 (August 2018), more advanced options have become available. See A Description of the Improved Lighting and Materials System (2018), the attached update of Oct 2018 and the clarifications of May 2021.

Please note:   This page was last properly edited in 2013, well after the introduction of shaders but before Another commander's work on Oolite introducing specular & gloss maps, the new Oren-Nayar diffuse light model, high-definition graphic resolution etc.

Traditionally, the surface appearance of ships in Oolite has been defined entirely by textures specified in the ship’s model file and the smooth attribute. Test release 1.67 added support for shaders, and test release 1.69 expanded this to a more flexible material model. Under the new model, the texture file names in model files have been repurposed as material keys. A material key specifies an entry in the ship’s material dictionary, specified in the ship’s shipdata.plist entry. For backwards compatibility, if no material of a given name is found, a material is generated using the material key as a diffuse texture name – providing the same functionality as previous versions of Oolite.

The following concepts are important in understanding how materials work and how they interact with lights.

The material dictionary is actually specified as two separate dictionaries in the shipdata.plist entry. The first is called materials, the second shaders. If shader support is available and enabled, the entries in shaders are used in preference to those in materials. Otherwise, shaders is ignored. The entries in the two dictionaries take exactly the same form, however; it is possible to specify a shader in the materials dictionary, and it will simply be ignored if shader support is not available. The materials and shaders dictionaries, merged together, are known as a material dictionary.

Most of these keys have no effect when a custom shader is in effect.

When shaders are disabled or not available, emission and illumination maps are supported only if reduced detail is disabled and the graphics hardware supports multi-texturing. If emission_modulate_color, illumination_map, or emission_and_illumination_map are used, Oolite must combine them into a single emission map. It is generally preferable to do this in advance (by modulating the illumination map with the diffuse map and blending it additively with the emission map, after applying any colouring). This is more efficient when using shaders, too. 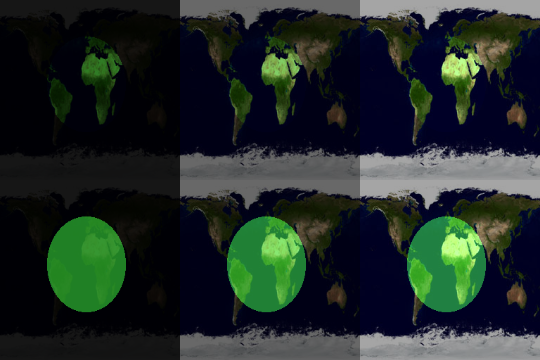 The simplest form of colour specifier is a string containing a colour name. The following names are supported:

Colours may also be specified in RGB or RGBA (red, green, blue, alpha [transparency]). RGB or RGBA tuples may be specified as arrays or as strings separated by spaces. The values may range from 0 to 1 or 0 to 255. (If no value is greater than 1, 0–1 is assumed, otherwise 0–255.) Examples:

Just in case you’re unsure of the order the RGB[A] components come in, you can use a dictionary:

But wait, there’s more! Colours may also be specified as dictionaries in the HSB colour space. Accepted keys are hue (hue angle in degrees, required), saturation, brightness (or value) and alpha (or opacity). The default for the optional keys is 1.0.

A uniform specifier is used to specify game information to pass to a shader program. As with texture specifiers, the simple case is a string, which is treated as { binding = "the string" }. For instance, uHullHeatLevel = hullHeatLevel will bind a shader’s uHullHeatLevel uniform to a ship’s hullHeatLevel property. Additional properties can be specified in a dictionary.

Here is an example from the Material Test Suite OXP: 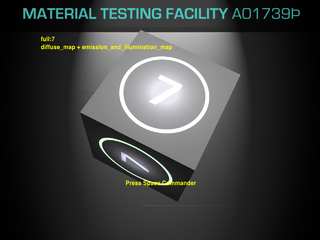