System screens are unchanged (handled by BackGroundSet, Better Screens. Red Set and Xenon UI). Note that depending on settings any of these might suppress HDBG.

Not to be confused with BGS/BackGroundSet which provides docking sequences, hyperspace jump sequences, background noise etc.

The following oxp's unleash these HDBG's on a regular basis:

HD images are gathered in this topic. There is a dedicated HD Backgrounds topic also. 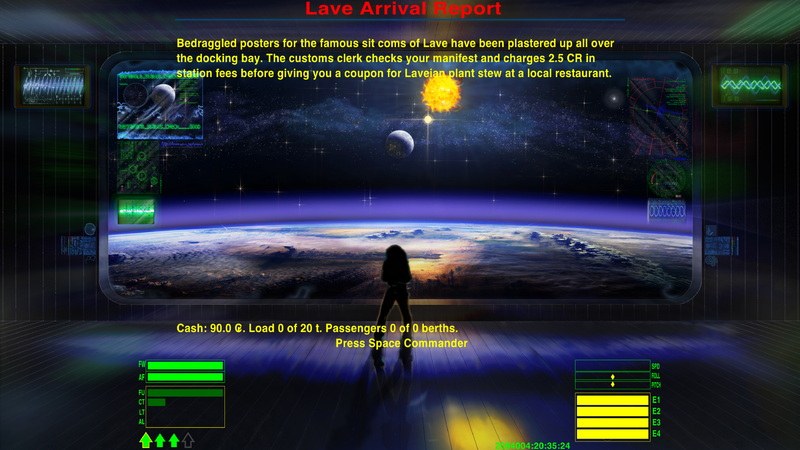 Closeup of the top center part, check for the small details: 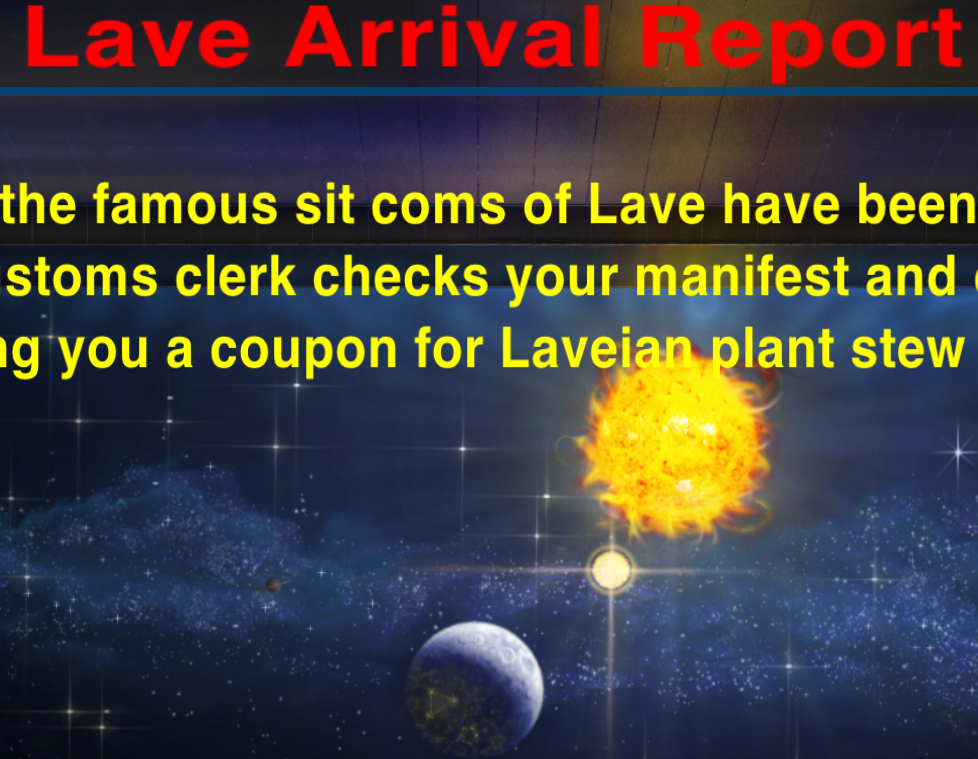 Arrival at an Icosahedron station: 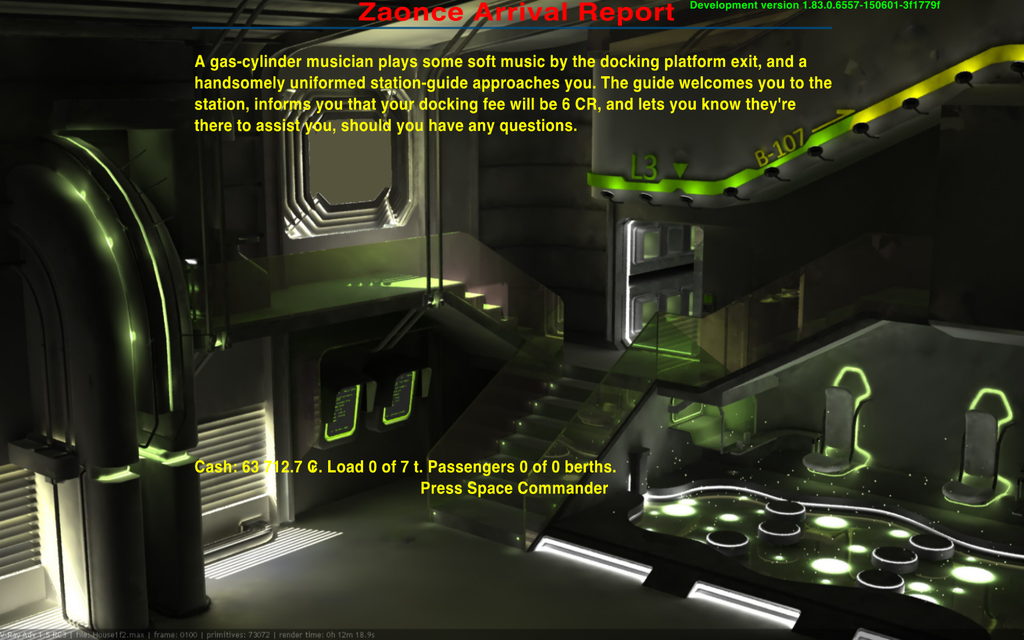 Mission screens can show the same image as arrival reports if screenID is set to 'hdbg-station'.

A specific image of another station is accessible also if the role of the station is given, like 'hdbg-coriolis'.

Custom images can be used in misson screens if a hdbg-mymission.png is placed into any Images folder, the following code is applied and the screenID of the mission screen is set to 'mymission'.

You must give role and file at least, but x and y sizes of images are needed to align well in different screen ratios.

You should give data about author, title, license, source of the image and the name of the station like in this example:

When you insert a 16:9 image you must decide which case will be looking better in a narrow 4:3 screen, the zoomed without sides or the stretched which fit into the screen but distorted.

If there are not so much important things in the sides and the cut lines at 5-5% for 16:10 and 12.5-12.5% for 4:3 will not break apart anything (like a human figure) then you can use zoom:1. When no circles or other objects on the image which looks bad if shrinked horizontally then you can left out the zoom parameter so shrink the image into the screen.

If you insert a 4:3 image then you must decide the same but the cut lines are at the top and bottom.

When you insert a 16:10 or other exotic images then you must check both cases: side cuts for the 4:3 monitor users and top-bottom for 16:9 widescreen users before choose zoom:1. Requesting to stretch to the screen with distortion by leaving out the zoom parameter is usually better in this case.

When an image is problematic both in zoomed and distorted mode then you can use zoom:-1 which will zoom out until the whole image fit into the screen, but this leave black bars at the top and bottom if the image is too wide or at the sides if too narrow, so this should be the last resort.

Thanks for all authors of included images for the hard works and given permissions.

The list of authors and sources are in the script.js files in HD image packs.

This work is licensed under the Creative Commons Attribution-NonCommercial-ShareAlike License version 4.0. If you are re-using any piece of this OXP, please let me know by sending an e-mail to norbylite@gmail.com.

Image Pack B: under development.