United Stars of the Galaxy (USG) 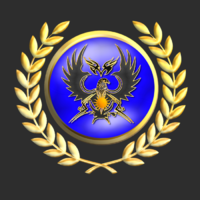 United Stars of the Galaxy (USG)

The United Stars of the Galaxy (USG) are a federation of 106 states in Multi-Government worlds all over The Eight. While every state is ruled individually the members send representatives to the federal senate who elects the federation president. While in power the president assigns the federation government. In the beginning merely a trading organization for agricultural states over the time industrial countries joined, combined defense forces were forged and, finally, USG was founded.

Originally well respected everything took a turn when a populist president was elected. It soon turned out that actually he is a mad man and his assigned executives acting similar to a crime syndicate, taking over more and more control over the members. Since he secretly admired the powerful families of imperial Dictatorship worlds he always kept friendly with them. By 'bending' the laws, he sold the mining rights for rare ore to the Imperial Industries Consortium and, in exchange, was named an ally by the families and rewarded with powerful warships like the Lambda Liner T5-M01 and the Lambda Liner T5-M02.

With more and more federal senators speaking out against his person he lost the reelection after his first term. However, with the support of his mostly uneducated followers and some loyal generals he announced the elections as 'rigged' and declared himself as president for a lifetime. Any opposition was quickly neutralized by his fleet and some hired mercenaries. For some years now the, today known as the mad despot, president rules the USG with an iron fist, smashing any resistance showing up.

The first backslash came after Bixein, sector 3 refused to even nominate him for the honored award of 'Peacekeeper of Sector 3' while publicly mocking him all over the news for his lackeys request. Enraged by anger of this disrespect he sent a fleet to teach them manners, just to see his ships being welcomed by a Carrier Group of the Galactic Navy who declared them unwelcome, put a bounty on the crews and then vaporized the entire fleet. While officially protesting against the unprovoked attack by the traitors from GalCop on a peaceful group of traders he tried to acquire more Lambda warships.