After much deliberation, I have decided to drop the plans to re-texture the planets. Most Players already have a wide selection of OXP's for this purpose which apply to all eight galaxies. The work I have done so far will go into an update for System Redux, which will increase the number of planetary textures from 16 to 128. I will be deciding on a new path for the Worlds of G1 OXP which will most likely involve at least one and perhaps more missions.

When Will It Be Released

Probably not until winter of 2014. 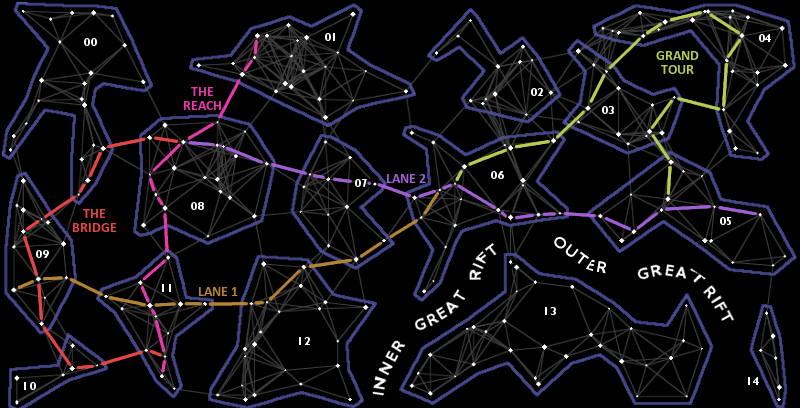