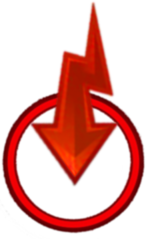 Taranis Corp is a shipbuilding company that was co-founded by a former chief designer at Faulcon deLacy and has its headquarters in the Lerelace system, Sector 1 (28 light years from Lave).

Taranis originally had its main offices on the planet's surface, but strong sales enabled the firm to relocate to a new orbital HQ, while retaining a few facilities "planet-side". The cost of the HQ is unknown, but is estimated at around half a billion credits, a hefty sum even by the standards of big business. Noted Ineran architect Philippe K Lizzard reportedly had a hand in its design.

The shipyards most popular ship is the Outrider escort vessel, specially since its prominent appearance in the hit film "The Riedquat Connection". However, thanks to the ongoing Thargoid war the most profits are made with the permanent supply of Navy Frigates to Admiral Matthews and the Galactic Navy.