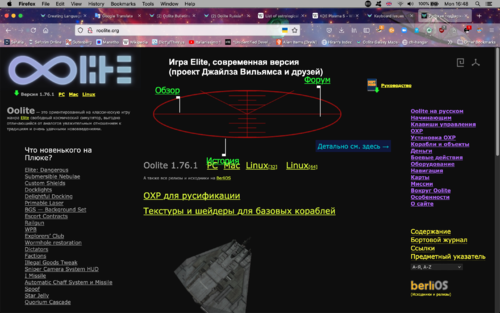 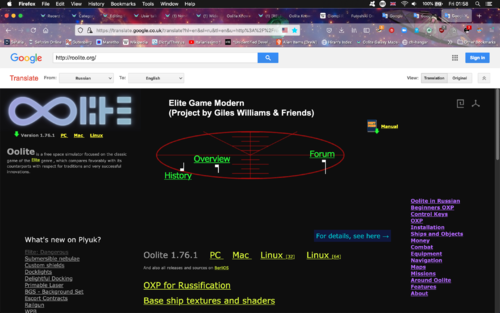 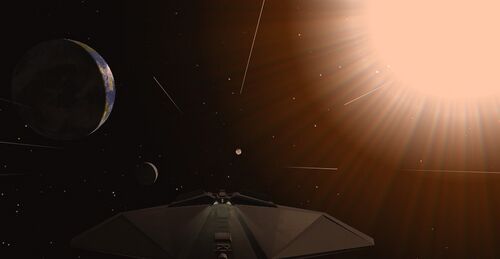 Created by Seventh who also designed the current Oolite logo and a major overhaul of our English-language Oolite.org website.

Forum (in green in the red scanner at the top). From the selection:

Choose the first (Discussion of the game and OXP). You will be presented with a new set of choices:

Select the second (Oolite - questions and answers (stranger)) - there is a long and insightful essay by Stranger on both the good and bad points of Oolite.

The Russian-speaking Ooliters seem to have been very interested in making Oolite more realistic.

Roolite contains much of Stranger's work - and insightful discussion. But there has been other work done by Rustem, Stimer/Timer, Vasig, etc. There have also been 2 Russian Language translations for the Vanilla game as well as Russian versions of - for example - the Planetfall OXP. Much of this work was done around 2009-12.