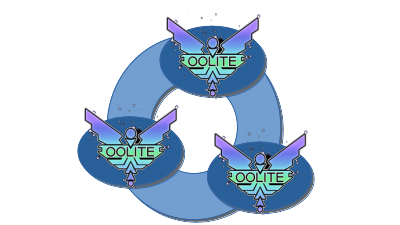 The Nexus is an addon that adds multiplayer features to Oolite.

This is not an OXP. Nor a custom build of Oolite. Instead it is a separate component that hooks up via XMPP and shares specific game events with other players.

•communication between players
•ability to store material in a warehouse on station when docked (reclaimable later at the same station)
•ability to gift material to others via a warehouse at a specified station
Further enhancements are expected once the current status issues are sorted out.

At the time of writing this is a WIP. Nexus can run on Linux, MacOS and Windows. However...

If your operating system behaves very strange or you have two left feet there is a Virtualbox appliance available that you can download and execute. It resembles an Ubuntu Linux machine, preinstalled with Oolite and Nexus.

A version of Java needs to be installed (details in ReadMe file) as does the Developer version of Oolite (containing its Debug console).

My Nexus folder (with old versions of Oolite Communicator inside) is located here: /Users/accountname/Desktop/Nexus

Using Terminal, look inside this new version of Nexus:

You should see this:

Now run Nexusr from inside Terminal:

As mentioned in the ReadMe file, Java & the Oolite Developer version (with the Debug console) need to be downloaded & installed.

From the Downloads folder, unzip this to (eg.) C:Users/Lenovo/Document/Nexus

Install it using the system tools:

In your desktop, find the Nexus application and click it.

Start Nexus. If configured correctly it will automatically connect to your XMPP server and bring up Oolite. The status panel will show two green 'connected' labels.

If Nexus cannot startup Oolite automatically, you may help by starting the Oolite Developer version AFTER you started Nexus. It is still important to see that both connections are marked as green.

Once inside the game, you can play Oolite as usual. There a few new features available though.

The Status tab allows you to check if Nexus has everything it should. On one screen you can see the connection status and a few important game parameters.

You can even retrieve the ship manifest and check the content of your cargo bay.

In case Nexus looses the XMPP connection it will try to reconnect automatically. This does not work on the Oolite side, as it is Oolite that needs to reconnect.

All warehouse functions are only available while docked to a station.

You can stash and retrieve cargo from your cargo bay into the station's warehouse. Stashing can happen for yourself or for another player. Goods stashed for other players cannot be claimed back.

Since over time your goods will be distributed across stations, stars and galaxies the inventory allows you to get a holistic view of what is where. Sometimes you may experience that you have to wait for the inventory to appear. This can happen if information from the other star systems is not immediately available.

While you can see goods across the galaxies, only those at the station you are docked with are accessible. They are marked in bold text.

Free XMPP providers tend to be unreliable. You may well find that you go through several of these over the course of several months as they are closed down/withdrawn/attacked by severe bouts of constipation, etc. If you get annoyed by this unreliability, ask for your money back and find another provider.

You can easily check if your account is still functioning: lure five Elite:Dangerous fanatics (preferably male) to the top of Macchu Picchu. Do not forget your sacrificial knife. As they ascend the lower slopes start intoning the second threnody from the fourth codicil of the Codex of Giles the Creator in a low descant and hide in the shrubbery. Does anybody ever read this stuff? When they pass, jump out and eviscerate them. You need their pineal glands and their appendices. Climb to the top of Macchu Picchu and with a lit torch scorch the bottom of each appendix. Recite the third threnody in a basso profundo. Drink a glass of decent wine and then investigate each appendix for knots. If there are not any knots, your account should be in fine shape. Possibly even dodecahedral.

If Oolite does not start up automatically, very likely the path to the Oolite installation is wrongly configured. Browse for the correct path, or let Nexus suggest suitable paths and try which one works best for you.