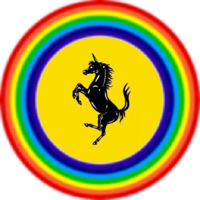 Marett Space Corporation was a small ship production company but blessed with a creative designer-team under the lead of maestro Rufernus. Ruferenus, a former project-manager, left Benulobiweed Inc. in bad blood, rumors have it that he took some blueprints on his way out. His Adder Mk II certainly had uncommon technology included, and the clients stood in line to get one of these ships.

Business boomed until the ship factory on Edle (G1) became collateral damage in one of the endless civil wars. Unfortunately, this damage included Ruferenus, parts of his team and the main database. There were whispers that the destruction of the shipyard and the death of Ruferenus were somehow arranged by Benulobiweed Inc. Security Department, but neither GalCop nor local authorities ever started even an investigation.

However, the production of the Adder Mk II ended for good and while sometimes you still could find a used Adder Mk II for sale, they became pretty rare and expensive.

The remaining members of the designer-team were tasked with the creation of a remake. Some months later 2 prototypes were introduced to the management, the Adder Mark II-R as a racer and the Adder Mark II-F as a fast, light fighter. With many key-data missing, it proved to be impossible to merge both versions into one.

With free capacities on the 2 remaining shipyards on Gerete (G1) the decision was made to produce the new Adder Mark II's there. The incoming insurance money instead was used to close a consultant contract with Biarge United Shipyards which included protection as well, and to found the new sub-division Ramon Security Ltd (RaSeL) on Agebi (G7).

While Marett Space Corporation remained a small company, Ramon Security Ltd started to build powerful military ships and arm everybody with enough credits to pay for it.

Ships in this OXP

This oxp introduces 3 new crafts to the Ooniverse:

Ships in other OXP's

A sub-division of Marett Space Corp., this branch of the corporation specializes in building custom ships specifically to order for wealthy clients. Whilst the ships produced by the parent company are widely seen in the space lanes, Ramon Security builds very powerful military ships. As befits a private enterprise, Ramon Security asks no questions as to the purpose their craft will ultimately be used, one life-form’s Credits being as good as another's.

In order to provide security for the Zarausxeian Zero-G Hockey Team, the company recently out-fitted the team with an Armoured Passenger Liner. Taking a Python, the ship was heavily modified, stripping out the cargo bay in order to install an armour-plated outer hull. A large squadron of Nemesis Class Fighters provide escorts for the liner.

The company was also responsible for arming the Eszausveian Navy. Whilst the Mongoose was a lightly armed fighter, questions were asked in the GalCop Security Council over the decision to provide a dictatorship with the Scorpion Frigate and Daemon Class Cruiser. The Scorpion was fearsome enough, but the Daemon easily out-guns most GalCop Navy ships.