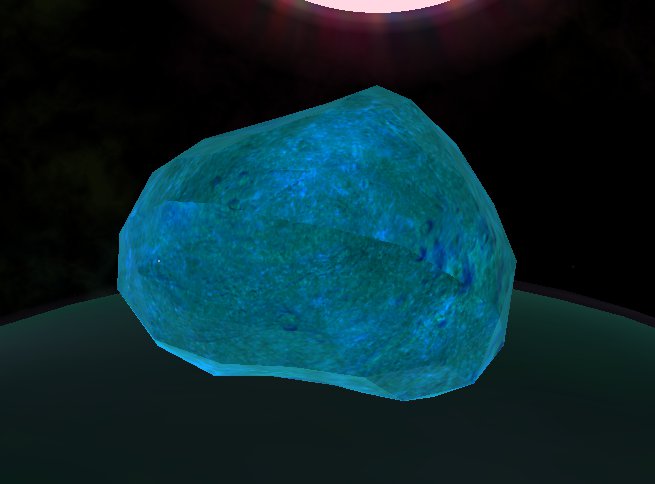 This OXP adds Icesteroids to the game, they are like normal asteroids but are frozen lumps of water instead. Often they even seem to glow due to the sunlight passing through them and because of this they are visible from long distances. These models use flipped normals, which is why they may appear to be slightly transparent.

spinning Cobra when you start the game for the first time.

The OXP was developed by Staer9. Original models and textures by Griff