The Combat HUD is a neatly laid out, fully featured HUD, with information grouped logically around the main scanner. Comms and Console messages appear above or next to the dials. Combat HUD switches to 'Combat Mode' when at Red Alert - vital information is presented around the crosshairs. The Combat HUD will comfortably acommodate up to Eight energy banks and Sixteen pylons, making it suitable for all available ships.

The 'Weapons Offline' indicator is below the crosshairs (and Aft Shield dial when at Red Alert). There are two Multi-function Displays, in the top left and right corners.

Code for Non-linear scanner, and Scanner Ultra-zoom is included but commented out. To activate these functions you should open the hud.plist in the Config folder, and remove the comment marks (//). This can be found at the bottom of the plist.

On the left side of the main scanner are the speed, pitch and roll, fuel, cabin temperature and altimeter gauges. The Compass and Scanner Zoom are also here, and Comms messages will be displayed above these gauges. Laser temperature, shields and Energy have been grouped together on the right side. The Console messages are also on the right side, above the gauges, and the scoop indicator, status light and joystick sensitivity indicator also appear here. The Aegis indicator is bottom-right, and primed equipment is displayed to the left of this. The Clock is centred at the top of the HUD, allowing room for up to the maximum of 16 pylons at the bottom. 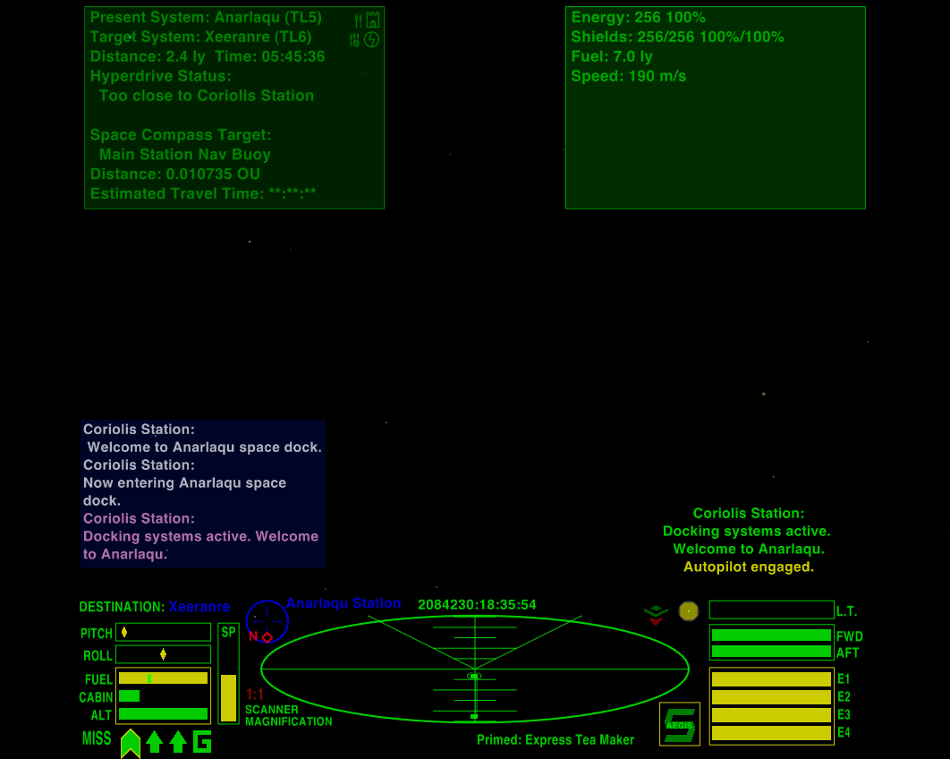 The Combat HUD has been optimised for combat situations. If a scanner targeting enhancement is fitted the reticule will turn red when the target is centered. When at 'Red Alert' the right-side dials (weapons temperature, fore and aft shields and energy) are removed and replaced by dials arranged around the crosshairs, with the laser temperature to the right, energy to the left and fore and aft shields above and below the crosshairs. This allows close monitoring of these vital functions during combat, and the dials are slightly transparent to aid vision. These dials are removed and replaced by the standard position dials when no longer at Red Alert. 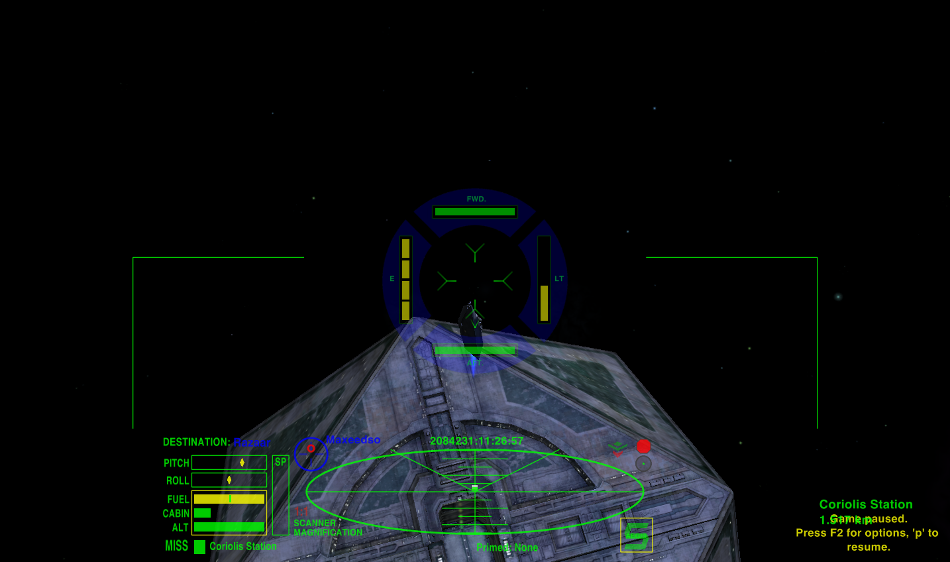 There is also a widescreen version for 16:9 and 16:10 monitors. This version moves the Comms and Console messages, and the MFDs to the top and bottom corners to keep the centre of the screen clear. 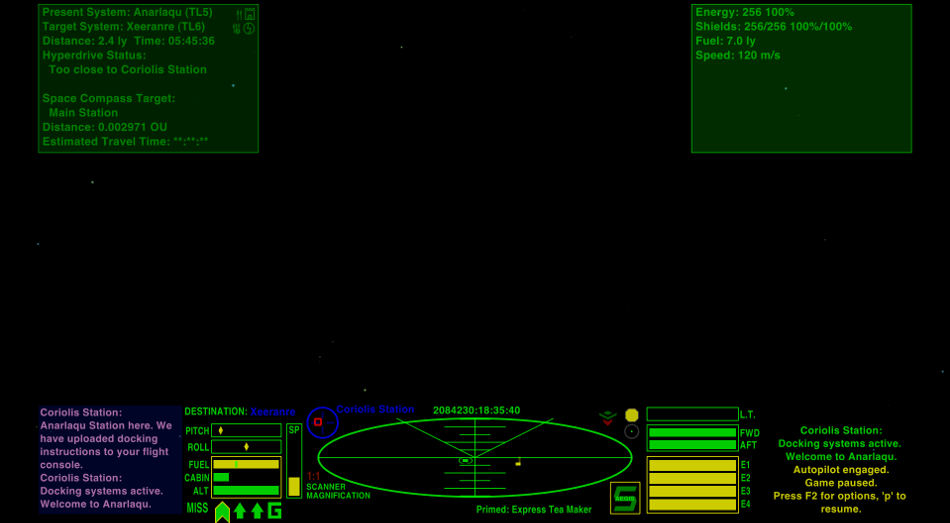 If your current player-ship comes with a built-in HUD this will need to be over-ridden. Using a text-editor (NOT Notepad!) open the shipdata.plist file (in the 'Config' folder) of your ship's OXP, where you will find a line like this:-

where the stars are probably the name of the OXP ship. Comment-out this line by placing two slashes and a space before it, thus :-

When you start Oolite, hold down the 'shift' key untill you see the spinning Cobra, and your HUD will be installed and working.

v2.0 Released 10th January, 2012. Fully updated and rationalised from 4 variations to one HUD.