Allows storage of ships in the Hyperspace Hangar service for a fee, accessible from any station. Ships are only stored if bought with cash, not credit. It takes 30 minutes to store a ship by default. Fee is defaulted to 25000 cr. Options can be activated through OXPConfig. 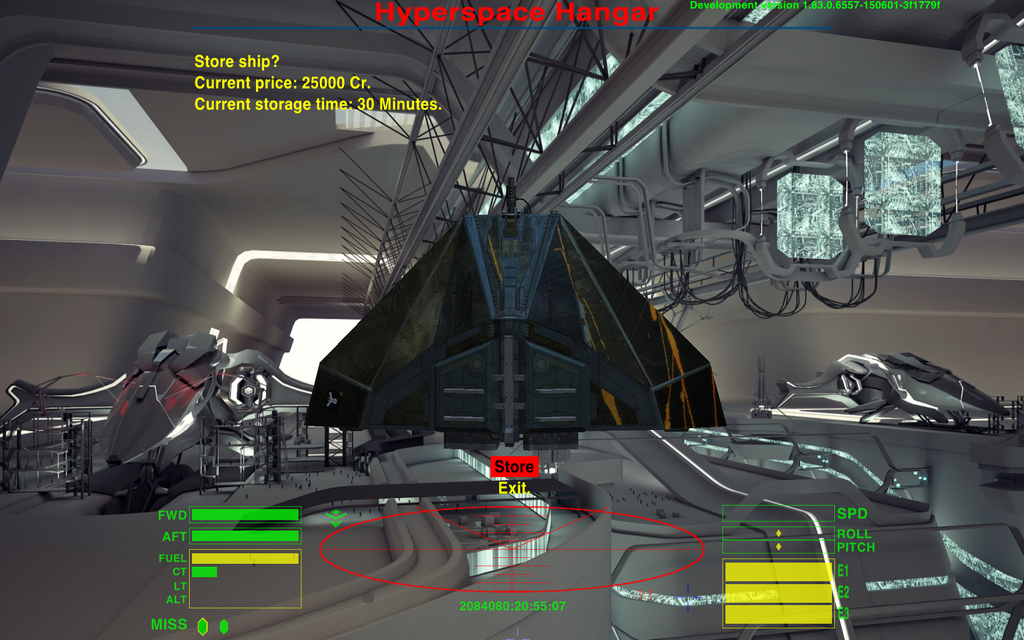 Hangar background image launch_bay_wip5_by_kheng-d7fmvuj.png is made by Kheng Teoh who allowed the usage.