The Thruttles are a family of silly walruses who run a small shop in Galaxy 3 known as the Orzaedve Cobra Choppers. The Teretrurus MK-I is made from a vintage Cobra MK-III hull - or more like a quarter of a hull fitted with some just-divorced-at-age-45 sized engines. It comes in two variants, the Purple Haze (shown below) and the Shield Tail (right). There is little difference between the two ships, other than the colour scheme and the interior (the Shield Tail comes equipped with a shower compartment that uses actual water).

The Teretrurus is a 'chopped' Cobra Mk III and is available in two styles, The 'Purple Haze' and the 'Shield Tail'. They are identical except for their brash and shiny paintjobs. Both are player-buyable and they also feature in-game occassionally in several roles.

This version brings improved graphics with detailed high-definition textures and emission, normal and specular mapping, so shaders should be 'on' to enjoy them at their best, but they do also look very good in non-shader mode.

The original models have been retained and the ships are unchanged from the original spec's in the Wiki. The code has been updated from XML to openStep, and has been completely revised for v3.0. shipdata has been re-written for v3.0 to ensure compliance with Oolite v1.80, and a few detail changes have been made to ensure the OXP is balanced, and is consistant with the Wiki page. Shipdata 'Accuracy' has been set to 6 so the pilots will be better than average, but not too lethal.

OXP compiled and developed by Smivs

Scripting based on work by Capt. Murphy

Thanks also to Spara, for suggesting I did this!

The Purple Haze and Shield tail from Teretrurus v3.0 OXP, by Smivs. 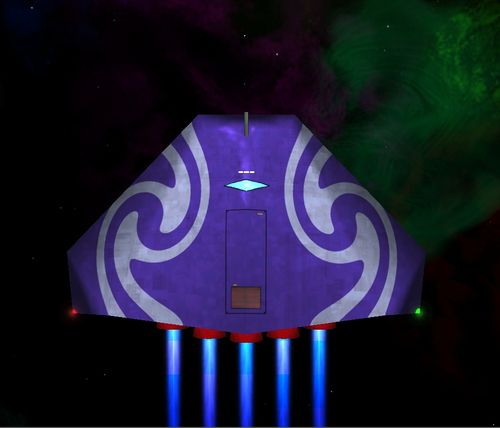 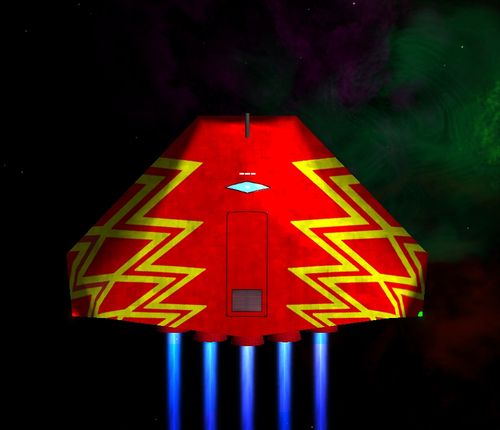 Download Teretrurus OXZ (downloaded 1173 times) or use the Expansions Manager.