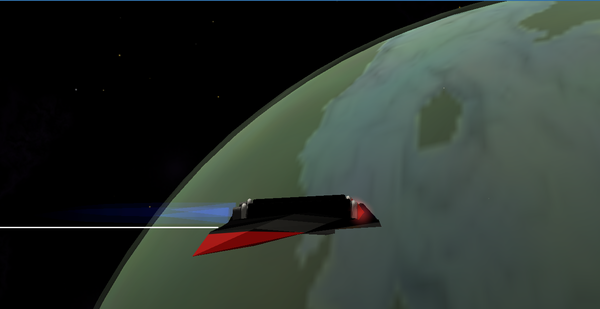 If I had to chose one of my original ships as the defining ship of my collection, it would be the SolarWing. I have made other ships with as good, or better designs, but most of those were knock offs of some ship that already existed.

The SolarWing is a bounty hunter, though it also has an escort version. It is equiped with a cloak, and several planetary systems have purchased them to use as police ships. The SolarWing has two massive engines (for it's size), which take up about a third of what would normally be cargo space. This makes it a very fast ship, and when loaded with all the equipment goodies available, it's true nature as a bounty hunter comes through. In test flying this ship, I found that fighting one, or two ships (depending on the ships) was relatively easy, and cleaned them up pretty fast. When confronting more than four ships, the odds of winning went down sharply. That was when the speed advantage came in handy, especially with retro rockets. The ships I had the most problem killing were the ones in the SolarWing's own speed range, and faster. The hardest two ships to kill were the Merlin, and the SunBatMkII. When I put all of my skills as a pilot into use, which includes common sense, I was usually able to come away victorious from a confrontation with multiple Offenders. If I let my guard down in a tight dog fight, I was lucky to get away, especially against those nasty little bullet ships that blow up like a Querium Cascade Mine at it's own demise. There are ways to handle those little suckers, but you will have to figure out your own methods. All in all, this has become my favorite of my own ships, taking the place of the SunBat, and SunBatMkII by a hair. I hope you enjoy it as well. 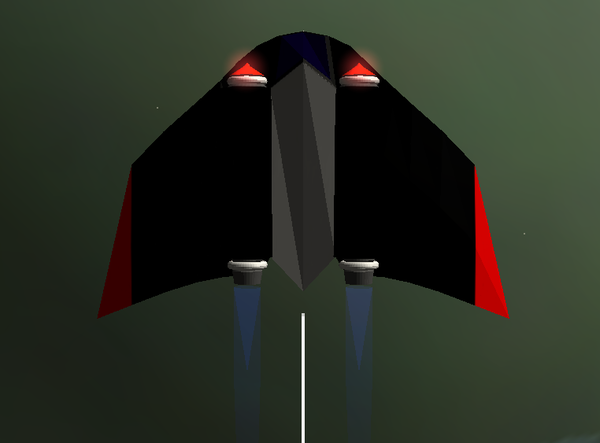 Special thanks to Captain Tricky for his contribution of the solarwingAI.plist, and solarwing.js. With his script, and AI, he gave the SolarWing what was needed to fully take on it's intended identity of "Bounty Hunter". Also thanks to Smivs for taking a look at my AI attempt, and just generally putting up with me.