The Sangreli are camels.....okay, not really camels, but they bear a striking resemblance to camels. They are tall, up to 4 meters, have two long arms, two long legs, two digits on what resemble the human hand, and their body joints are over sized, giving them great leverage, and strength. Even though their "fingers" are extremely versatile, having tiny nodes on each finger that allow them to manipulate objects with great delicacy, they are not the greatest of machine builders. Having encountered human colonists that came into their System seeking habitable worlds, they soon made friends amongst the humans, and from there learned the technique of building Witchdrives, and Hyperspace engines. Compared to many other species, the Sangreli are fairly backward, and new to the space faring Universe. Having great intelegence, and wisdom, they sought out ship builders in the known Galactic Sectors to build them more efficient space craft. Their biggest contract fell with the Mandotech Industries. Mandotech Industries took the Sangreli's basic ship designs, and altered them slightly to work well with modern space flight equipment. Since the Sangreli are extemely peaceful, they don't place much emphasis in their on-board weapons, though they were delighted to recieve the ECM system, Heat Shields, and Armor. The Sangreli have no small space craft, therefore they have not developed any real fighter class space ships. Because of this, they hire various fighter escorts on their trading missions, chosen by what are available per system. This is the release of their first trading vessel built for them by Mandotech Industries. 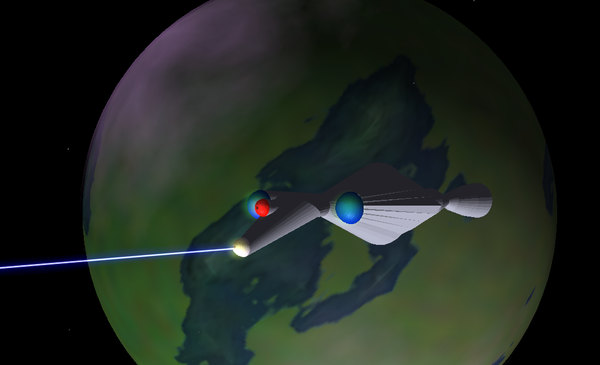 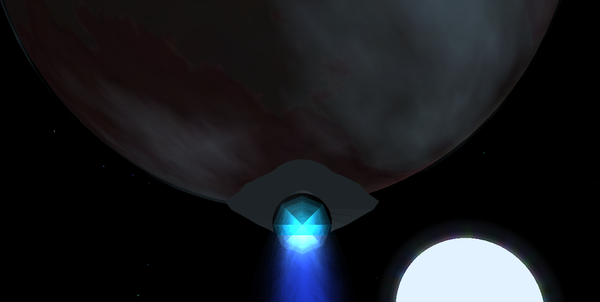