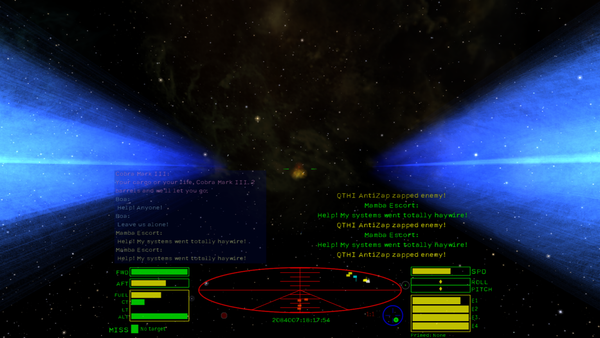 Being harassed by pirates in your low-tech ship and just want to avoid the fight, but they are getting closer instead?

QTHI AntiZap A powerful (literally!) little device which connects your shield generator output directly with your ship's energy system, which zaps your attacker's whole ship instrumenting the line of plasma the enemy's ship laser generates. This will (hopefully) help you getting out of reach and masslock.

This OXP requires at least version 1.84 of Oolite. 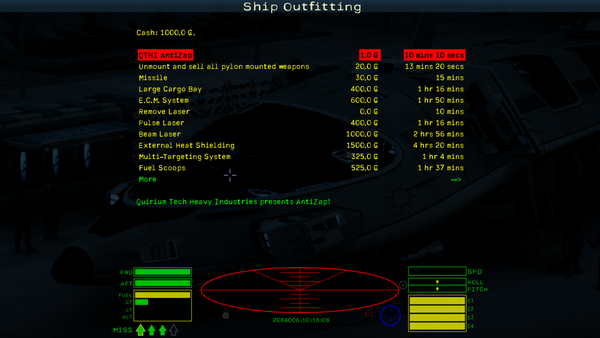 This is currently really just a preview/alpha (in the sense and spirit of release early and often, to get others' comments and thoughts).

I am planning multiple modes, and most probably it needs balancing, and there are not any checks (I want to temporarily disable the weapon as an effect). I am currently not able to think about laser turrets ;-)

It is a primable device, but it is also switched on at exiting stations/wormholes, to improve testing.