I decided that I had enough ships of this group to make a package oxp with them. They include the BigBlimpy, and SmallBlimy, a big nasty shipper with ball turrets called Gnash, a streaking fast fighter/escort called the Razzer, a rather huge liner called the AlphaCentauri, and a really stupid, but surprisingly successful ship called the Splatomator. The two Blimpys have been previously released, so if you download this and put it into your AddOns file, you should remove the individual versions first, if you have them. I have put pictures up of all these ships in my ongoing thread "Mandotech Ind.", but I'll include a pic of each ship here under the names.

Mandotech's first passenger liner. Just trying to be competitive in all fields of shipping. 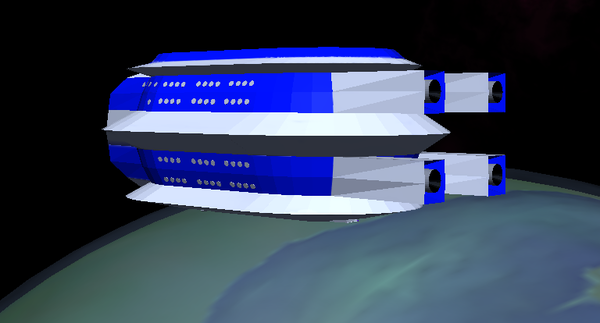 It's a big blimp. Huge cargo capacity, but slow. Perfect for the old timer Ooliters.

Well, here is the balloon. I'm only releasing this because some seemed to have an interest. I won't say what others thought of it. What ever, it looks ridiculous, BUT.....it really IS a trading cargo hauler. No kidding. If you look at the sides of the silly thing, you will notice two huge cargo doors for massive amounts of material to be transferred in and out of it's cargo bay, which is most of the middle bulk of the ship. I gave it a max cargo capability of 900 tons, but I bet it could be a lot more. It also has exterior mounted anti-gravity units (the glowing white beachballs), so this ship can be taken into a planet's atmosphere for trading, hovering several feet off the ground while it is loaded, and unloaded. It has a max speed of 250, max energy of 500, and the energy recharge rate is 3.0. A battleship it is not, but it is capable of handling military lasers on the front, and back, and has a missile tube, carrying a max missile payload of 10 missiles of your choice. This blob goes for a whopping 500,000 samolies.

In fact, it is fairly easy to dock manually, if you use the Space Station Buoy to help you aim up straight before sailing in. Docking computers are still better, and advised for newer players. 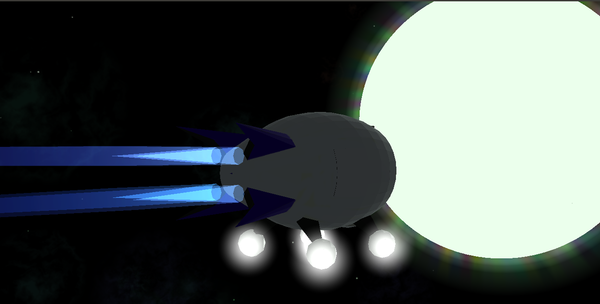 It's big, powerful, and really nasty in a fight. Did I mention that it carries 200 tons of cargo? 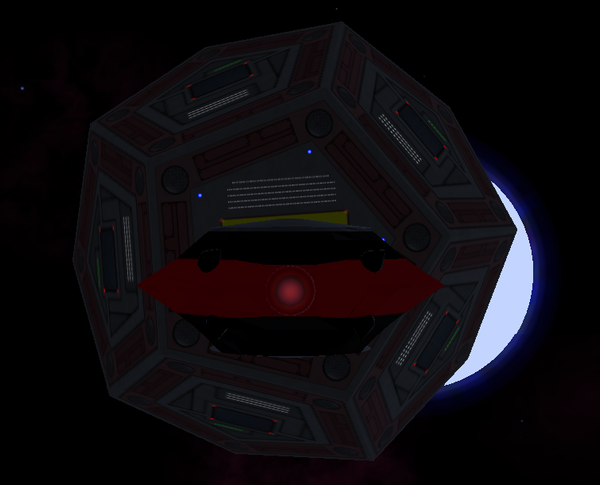 Fast fighter, designed for escort duty. It has no Hyperdrive, so it has to follow the ship it is escorting through the worm hole that ship opens. 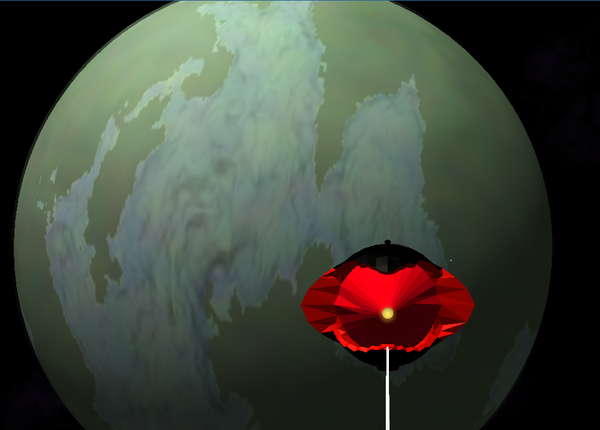 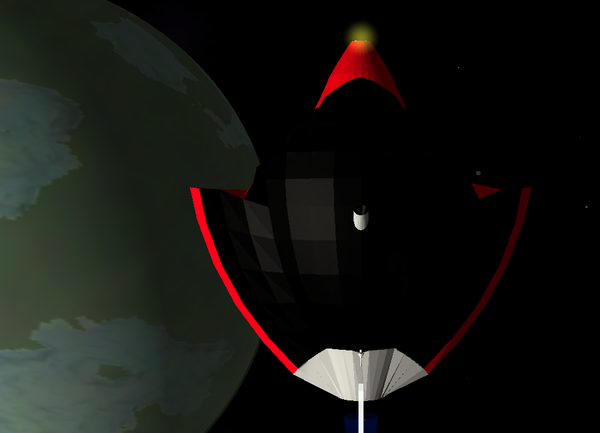 Its not such a big blimp. Large cargo capacity, and also slow. Perfect for the not-quite so old timer Ooliters.

Ahh, flying fruit. Carries a lot of stuff, though, and is really cheap. I wished I knew enough to make it splatter red goo everywhere when it is blown up. 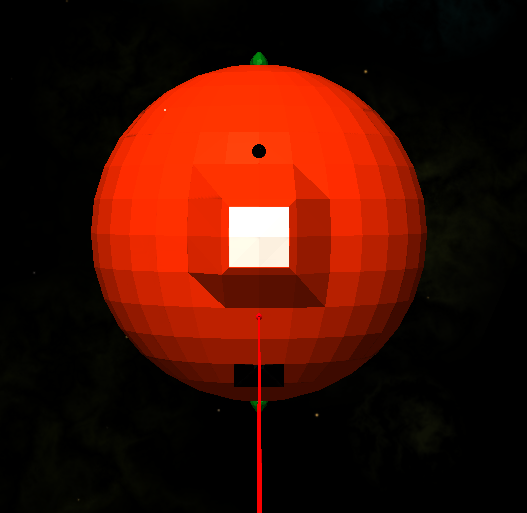 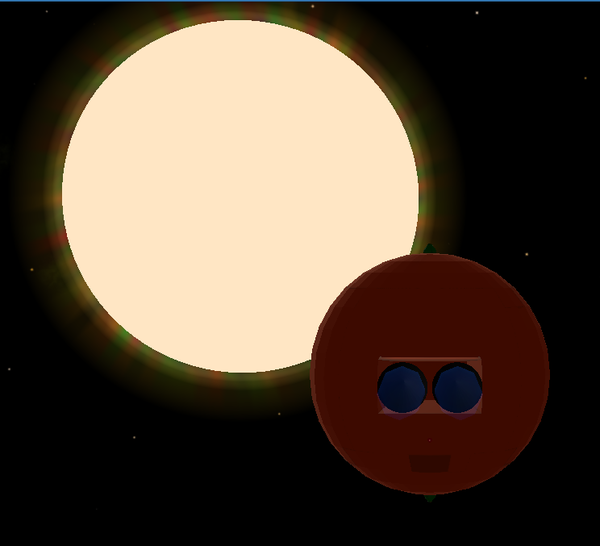