The MT2000 Brachiator was built for monkeys. Well, okay....not really monkeys, per say, but for a race of beings that are a dead ringer for the terrestrial monkeys. If you look closely at the front, where the forward laser emanates from, you will see that it is firing out of the mouth of a monkey head. There are also two monkey heads on the aft wings. Besides monkey heads, there is also an aft laser, and two ball turrets facing forward, and aft, making a total of four. No, the aft laser doesn't come out of a monkey butt. The Mosierie (the monkey people) wanted a cargo ship, with a decent cargo capacity, and the ability to defend itself. It seems they have lost several of their own vessels due to under powered weaponry, as well as way under powered engines. Hopefully the MT2000 Brachiator will solve that problem for them. Mandotech Industries is also offering this ship on the open market, with the agreement of the Mosierie. It's weird looking, but flies pretty darn well. Enjoy. 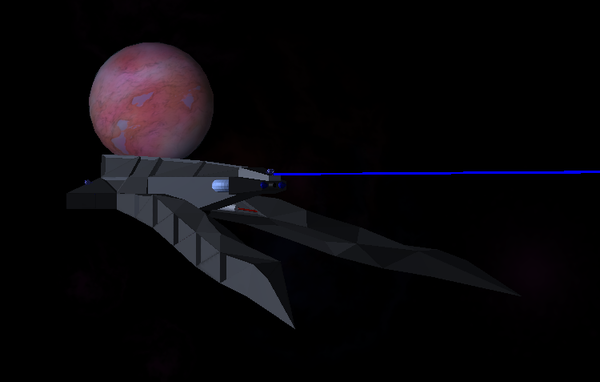 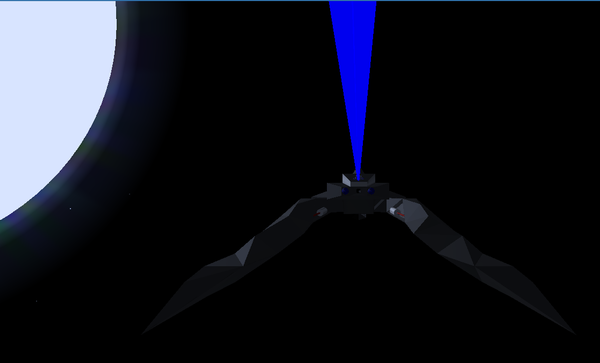 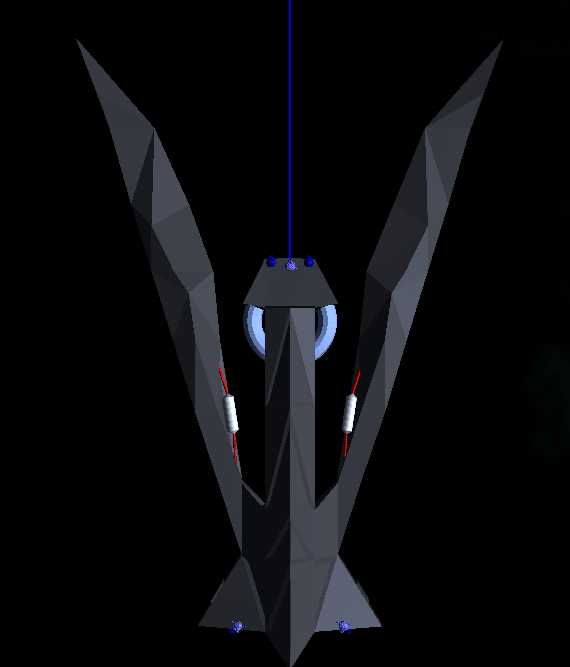