The MT1040Shurken was designed with three rôles in mind.

First, it can be used as a trader, though it only carries 15 tons.

More so, it was envisioned as an escort ship, with a high end speed of .450LM, and relatively quick response to acceleration, pitch, and roll.

The third rôle, out of a desire to present the Gal Navy with a stealth ship, is its apex.

The Shurken-ninja is an answer to the Assassins Guild, and some of their not so legal "jobs". However, it is not only aimed at The Assassins Guild, as it is well known that the law enforcers of the Galaxy require their own "Hit Men", now and then. Only the Shurken-ninja has a cloak, but there are no blue lights to advertise itself when it drops the cloak. Also, only the Shuriken-ninga comes standard with Military Lasers, and Naval Shield Booster.

All three versions are quite capable craft. I sure had fun testing them. 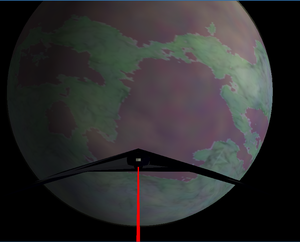 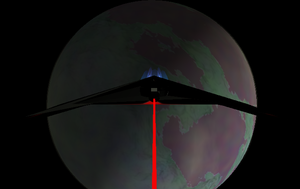