And Here The Wheel 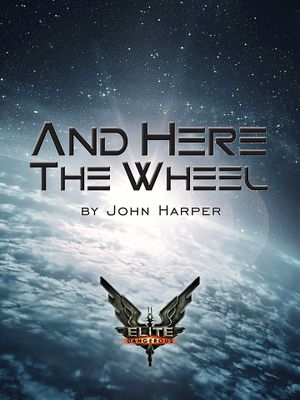 And Here The Wheel by John Harper

And Here The Wheel is an official Elite: Dangerous novel published by Fantastic Books Publishing and written by John Harper, a science fiction author from New Zealand.

The novel was born out of a 'writers pack' pledge to the Elite: Dangerous kickstarter. The funds required to make this pledge were crowd sourced on Indiegogo Further funding is being sought for the creation of an audiobook version of the novel.

More information can be found on the novel's website at www.andherethewheel.co.nz

Robert Garry, ex-military officer, wants nothing more than to maintain his integrity and his team’s safety despite a career change to pirate leader but a cargo freighter he targets proves to be holding much more than he bargained for.

Will he escape with his own life, let alone the lives of his crew?

He has always shunned the 'folk hero' label but is he in danger of becoming an arch villain in the process.

John Harper is producing a podcast called "Commander's Log" which is available on itunes an RSS feed and direct download from his website. In the podcast John Harper explores the worlds of Elite:Dangerous, answers follower questions and discusses his progress with the novel.

And Here The Wheel was published in May 2014 and can be purchased from the Fantastic Books Bookstore or Amazon.