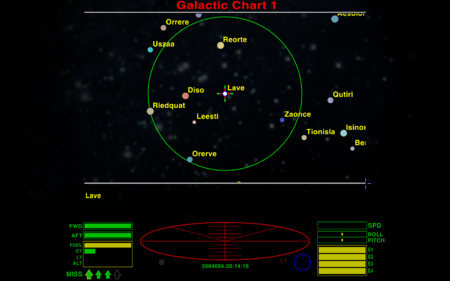 F6 screen from the Vanilla game 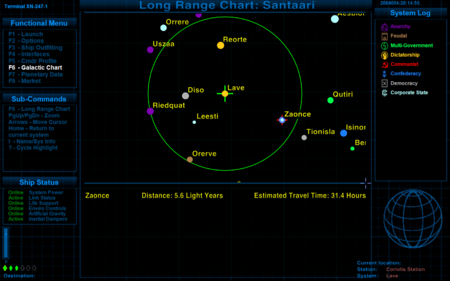 F6 screen after being OXP'd!

This screen is primarily an information screen, but also where you select the target system for your Witchspace/Hyperspace Drive. 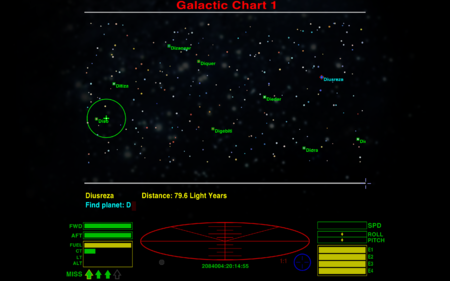 F6F6 screen from the Vanilla game 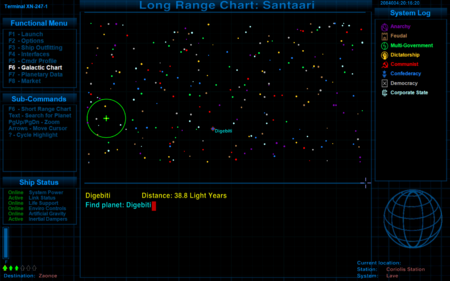 F6F6 screen after being OXP'd!

This page is accessible both while docked and in flight. This shows the second version of the Galactic Map: the entire galaxy.

Note that when the F6 chart is fully zoomed out that it looks identical to the F6F6 chart. In such cases the F6 chart remains zoomable!