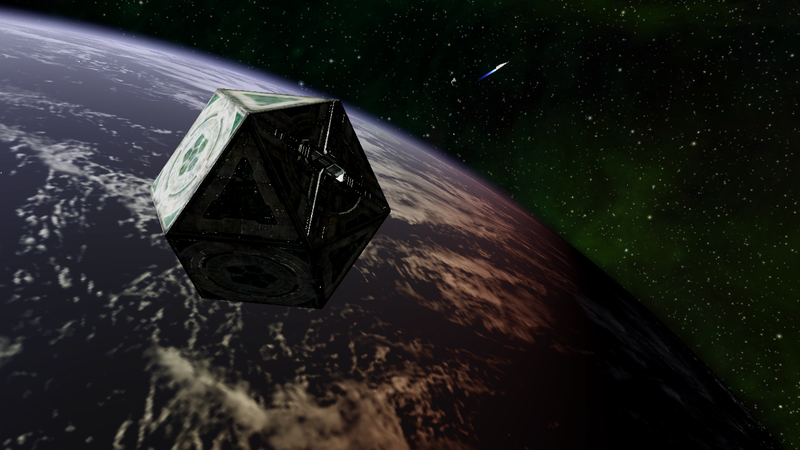 The first operational Coriolis station was seen in orbit around Lave in 2752, presenting the uniform standard of GalCop space ports for years to come. Designed at the GASEC (Galactic Astronautic and Space Exploration Center) laboratories at Vetitice (around which the semi-functional prototype still orbits) it represented a milestone in space habitat achievement. As previous, far more vulnerable old-school designs were proven surprisingly inferior, and the economic strength of the Galactic Co-operative flexed its new muscles, an unprecedented boom across the known galaxies saw Coriolis stations simultaneously constructed in massive numbers.

As the Coriolis stations became 'common sight' in the 8 Galaxies, local developers started to develop more variants. It was often the case that certain life-forms needed adaptations or the stations where altered for artistic reasons. See analysis here: P.A. Groove Stations backgrounds

Attempts by planetary governments to claim sovereignity over its space ports have rarely been successful, as GalCop has enforced a strict policy to maintain joint station custody, which in effect places it under GalCop authority. By law, a Coriolis or any other GalCop station is politically neutral territory.

Being the oldest stations, Coriolis station societies are known to often display wide varieties of humanoids and their well-established cultures, who find the gravitational and respiratory conditions fit for living.