The Acorn Electron, was a cut-down version of the popular BBC microcomputer and was available from Christmas 1983. It was designed and built by Acorn Computers Ltd. As far as Elite was concerned, there was insufficient memory available to recreate the split-screen trick present in all BBC versions, meaning that the entire display was in black-and-white. As with the BBC tape version no missions were available. Also the Electron version had a reduced number of ships, and no suns(!) 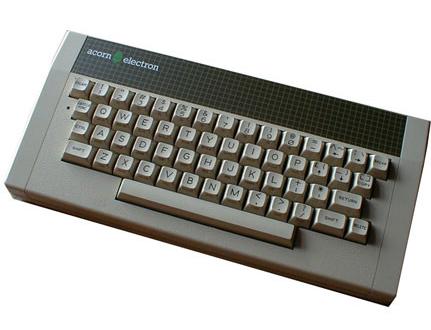