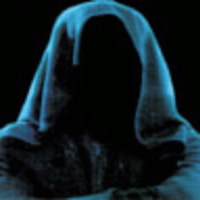 At the end of the Assassins Guild missions you were informed that GalCop had an “Agent Wombat” undercover in the Guild. Well, Guildmaster Nua'etou has found him and is going to dispatch his top operative and loyal assassin to silence this spy. Prepare for a fight.

"6": Considering you have to complete The Assassins Guild OXP first. An Iron Ass is most definitely recommended.

All of the ships will be recognised by the player.

There are no dependencies. Not even Assassins is required. But if you want the planet’s Assassins Guild add-ons then have it in. There are no clashes between the two I am aware of. BUT: if you don’t have Assassins installed you won’t have the Mark Transponder Scanner in your ships kit. I have assumed that the player would have it and that it would work as it did in Assassins.

Victim 11 was written by Fatleaf. You can find out about him here.