A long time ago, in a Galaxy far, far away a young Cucurbitan known simply as Smivs cut his teeth in a Cobra spacecraft trading goods and collecting bounties to earn an honest crust. He enjoyed this life for just a few brief years before mysteriously disappearing, it seemed forever.
No one knew what had happened or where he had gone, but rumours were that his ship's C64 flight computer had failed on a mission leaving him stranded at the back end of nowhere.
And then, some twenty five years later he miraculously returned, older and wiser but penniless. Starting with a lowly Cobra Mk I he set about cleaning up the Ooniverse and doing a nice bit of trade on the side. He slowly built up some funds which allowed him eventually to upgrade to a Python, and then after a while to a Boa Class Cruiser, until today when you will find him flying the Iron-Ass Boa II Clipper Bilbo Maru.
People sometimes ask Commander Smivs where he had been, what he had seen and done in the intervening years, but they never get an answer. The mystery, the enigma will most likely never be explained. All we know is that the young seed has grown into a Gourd of distinction, and he now strides the Ooniverse like a Colossus, banishing evil, acting as a force for good, and generally making loads of money and having a damn good time. 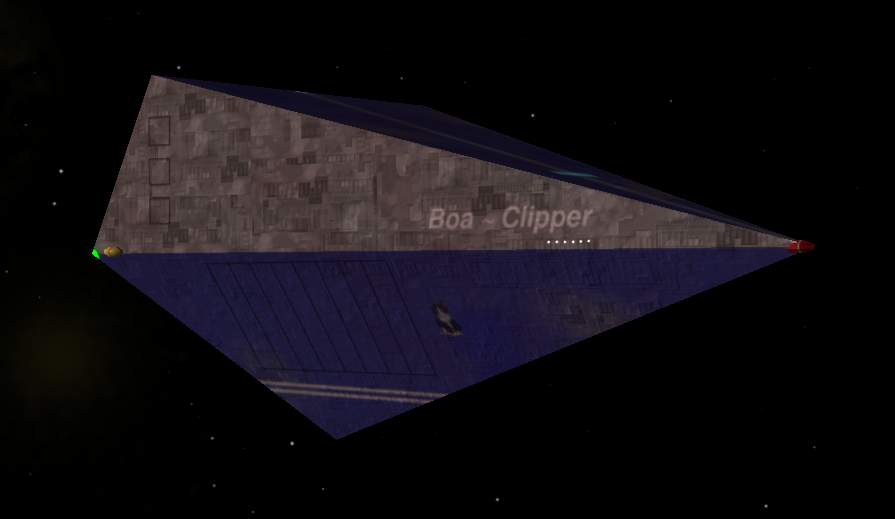 The Bilbo Maru is a Boa II Clipper Class, bought new from the Gerege Federation Space Works by Commander Smivs to replace the Nemesis a veteran Boa Class Cruiser which after many years of sterling service was starting to get a bit tired.

Unlike many of the Cucurbita people, Commander Smivs has a fondness for animals, and he has added an image of Bilbo his pet Cat (a type of small furry carnivore from planet Earth) after who the ship was named, to the vessel's sides.

All of these are available via the Expansions Manager, and are ready for Oolite v1.82.

Not yet converted to OXZ

TOGY Memorials A small OXP which adds gold 'Starbird' memorials to deceased Commanders into the Tionisla Orbital Graveyard. Converted to OXZ, but awaiting 'Mother' OXP's conversion before release.
Xeptatl's_Sword: An epic mission taking you twice round the 'Eight' to thwart the Thargoids' invasion plans. Currently undergoing a major update for Oolite v1.82.

Liners (Available as OXZ) A collaboration with Thargoid, P A Groove, ADCK and Griff to add huge liners to the spaceways.
Chopped_Cobra A collaboration with Staer 9. Beautiful 'chopped' versions of the Cobra Mk III. Updated and converted to OXZ by Amah, and available via the Expansion Manager. The original version is available from Smivsonline.

OXPs which are not scheduled to be converted to OXZ for Oolite v1.80. These are no longer supported or maintained, but will remain available as OXPs for now.

Accessories OXP: A beautiful re-texture set of all the non-ship stations and objects, with non-shader lighting effects.
Cloak Repair: Allows a damaged Cloaking Device to be repaired at TL15 Worlds.
JellyBaby Dispenser: Adds a handy JellyBaby Dispenser to your ship's cockpit.
ToughGuys: Adds random upgrades to NPC equipment, weapons and pilot skill to make life tougher for experienced Commanders.
Smivs' ShipSet A revolutionary re-texture set of all the core Oolite ships, with some awesome graphic and visual special effects.
WonderWorm 'Time Raiders' arrive from the 39th Century to plunder the past, and sometimes one of their uber-ships can be found for sale.