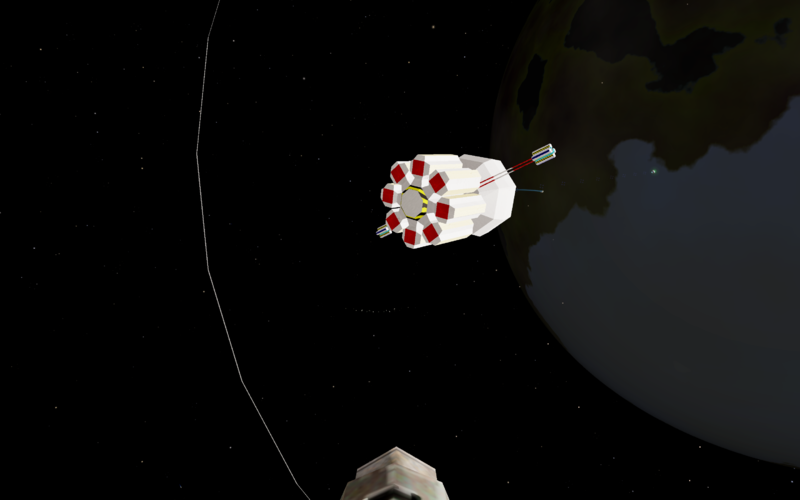 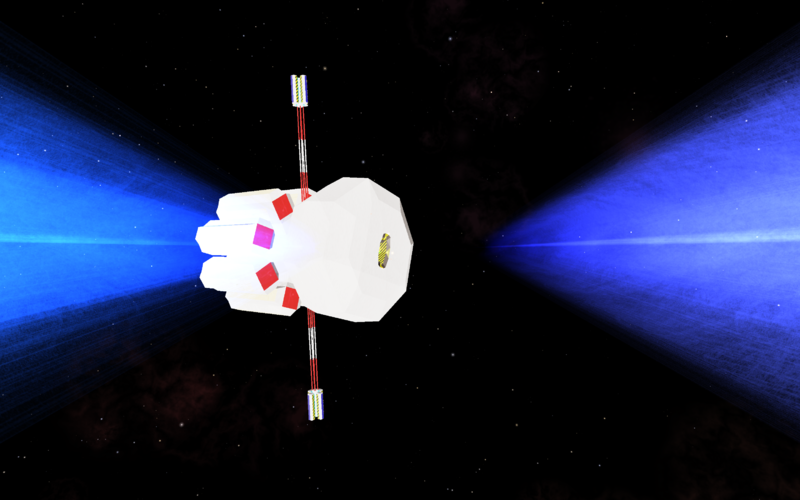 GalCop recently introduced a new model of Station to replace the ageing Corollis stations seen at some of the lower tech worlds. The Trans-Hab Station is somewhat larger than the old Coriolis and the central part of the Station does not rotate. Artificial gravity for the Station’s inhabitants is provided in two large Habitation Modules attached to large rotating arms. Docking with the Station is therefore somewhat easier for the new Commander, provided he is not struck by a rotating arm!

The increased size inhibits witchspace/hyperspace jumping within 15km of the station (not the more usual 10km).

This OXP replaces Coriolis Stations with the new Trans-Hab Station in 10% of Systems.

Racing: Some deaths have been due to pilot error (such as Jad Xeclo's spectacular collision with the rotating boom of the Transhab station over Esusti while trying to overtake another racer)... From Dicky-Bow Run

The Transhab station is found in the Trans-Hab Station OXP.

This functioned (rotating bits and all!) on Oolite v.1.90