The original Copperhead has a flat keel. For the Yari, the keel was remodeled thus enhancing the ships specifications. A unique feature is the in-model missile launch tube and fuel scoop. Yari is the Ninja term for ‘spear’. Roles: Player, Escort, & Pirate.

This ship was made by drastic remodeling of the ‘Accipiter’, resulting in a loss of cargo space, energy specs, and speed but a design that enhances maneuverability. It is named after the bird which impales its victims on thorns before devouring them. Roles: Player, Hunter / Trader, & Pirate.

Another redesign / remodel of the ‘Accipiter’ but only minor at best. It still possesses the same specs as that ship. Everyone should know what a shuriken is and if you encounter the pirate commanders of the Yari or the Shuriken you will also know that this set has a Ninja sub-theme. Roles: Player, Hunter / Trader, & Pirate. 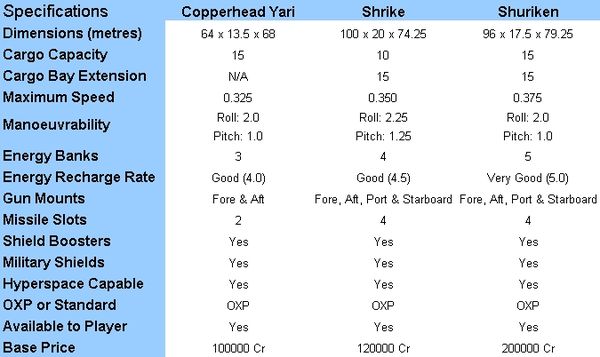 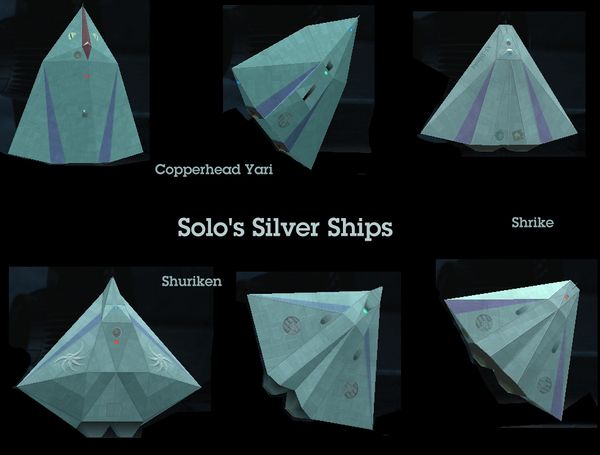 Tested with Oolite 1.75.3 but should work on earlier versions.