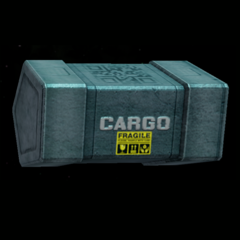 Traded in TCs & stored in the Cargo Hold for trade.

Brandy In the varied high-tech world of intergalactic drinking, old traditional drinks like brandy almost disappeared. A change in fashion has led to plainer brandies from systems like Tibedied and Isbeus being in high demand at the hot nightspots of the sector.

Evil juice Call it evil juice, call it killer juice, every planet makes some form of this intoxicating beverage. Few are sufficiently interesting to be worth transporting out of their system of origin, however.

Gargle Blasters Serve with lemon and a brick

Lethal brandy One of the most popular drinks throughout the charts, lethal brandy's appeal is further boosted by its effects on humanoid and reptilian drinkers, enabling them to tolerate harsh environments for longer.

Vicious brew Drinks that fought back were briefly popular a few centuries ago, but nowadays are rarely consumed. Only a few planets still produce this.

Venerable Whisky Barrels It was inevitable that the very richest members of galactic society would no longer be content with whisky that had been aged for mere decades. These barrels, heavily reinforced, are well over a century old, and the whisky continues to mature inside them.