Difference between revisions of "I Missile"

The I-Missile is slightly larger than standard missiles, and sports a powerful rocket engine. The result is a missile that when launched will intercept any of the standard ships running away on injectors. It is highly resistant to ECM and in fact will reflect such counter measures back onto the target which enhances the missiles guidance system. The primary advantage of this weapon is its speed, but it will occasionally lose target lock, then regain it, resulting in erratic flight.

The I Missile is so fast it may slam into your ship (and be destroyed) upon launching. Usually, this is because your ships missile launch position is not safely outside the model's bounding box. To negate this effect, position your target below the crosshairs. This will cause the missile to vector away from your ship.


There is a very small chance (0.001) that NPC ships will come equipped with the I-Missile. Best precaution is quick identification and a quick exit from your ship if an I-Missile is homing in. You will only have a few seconds. 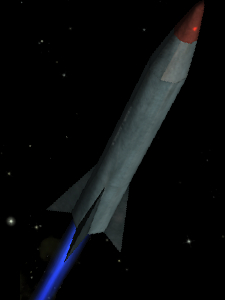 After unzipping, move or copy the folder, "I-Missile1.15.oxz" into your AddOns folder. Where that resides depends on your Oolite installation.