Oolite's collection of Ambience OXPs is a rather rum selection. Some aim at scientific realism in varying degrees. Others aim at spectacular eye-candy. Written by human beings rather than disembodied organic brainlets, some are stand-alones whilst others form part of complex oxp suites. Some just twiddle with the one thing (eg distance to the sun) whilst others do many different things (distance to the sun, colour of the sun, grade of quirium scooped from the solar corona etc). 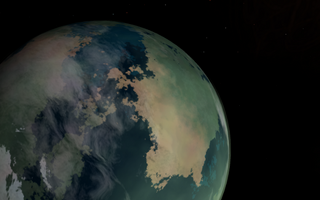 Requires Stranger’s Habitable Main Planets OXP which redefines planets radii, and may need a selection of other OXPs from the Strangers World suite.
Varies distances according to star type. Star types correlated with observed reality.
Varies star radius and luminosity. Includes solar flares and solar winds (depending on sun type).
An Advanced (Solar) System Data MFD displays 2 pages with data on sun & planets (Lock Advanced Space Compass onto sun or planet and then cycle through your MFD modes).

The sun can be affected in other ways:

This means that the most recent OXZs have been able to take advantage of these improvements. The various suites of oxp's predate his work - or are incomplete. Povray Planets is probably the favourite (a lot of detail, and covers every main planet in the eight galaxies) but is too old to incorporate any of his improvements. BPlanets, (newer) is incomplete. See below for other options.

Note that Planet Forest (and Planet Ocean) act on the vanilla game texture, altering it to better match the F7 description ("Tibionis is most noted for the Tibionisian deadly goat and its vast rain forests").

Again, the Povray Planets & Stranger's World textures are specific for Lave. As is the BPlanets texture (Lave is one of the 119 earth-like planets included in this oxp). FPO Lave is included for reference.
There is also Lave is Earth 8k which is not shown here.

Galactic Almanac's MFD numbers all planets and their orbital stations 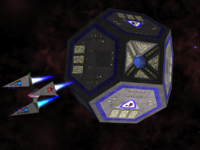 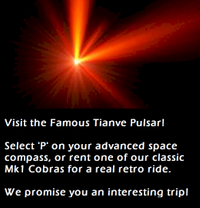 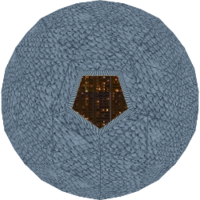 Best to see Asteroid (Oolite) for lots of other textures, including Griff's Glowroids!

Also oodles of other asteroid-relevant OXPs, including one which controls how many asteroids appear (important for stopping low-spec computers having a fit of constipation!).

...Quasars, Binary Stars, Black Holes etc.
Alas, we don't have much of this stuff in Oolite. See Cool OXPs for celestial objects. But we do have:

As regards Black Holes, Charlie of Benolubiweed fame worked on one back in 2006/7. Sadly, if you look in his Black Hole folder, you will find a Black Hole (and sadly, it seems to have swallowed him, too)!

There are also one or two ideas here: Are there any Black Holes OXPs? (2012).

Note: Stations for Extra Planets now only works with the Additional Planets suite, so will not show in any of the other planet-adding oxp's listed far above (older versions worked with System Redux, for example).


Note: Stranger's World introduces both more realistic distances based more on astronomy than playability but it also introduces a different coding technique for placing objects in a solar system. There are fixes for some of this - see below.

See here for more detail.
And see the thread here for several fixes.