Commander Ryan "Koneko" Hoots is a harmless furry feline from Cesoulsa in G5. Be warned, "harmless" is just part of his species' name, not his Elite Rating. Hoots is Deadly and usually clean.

Commander Ryan J Hoots was born in the med bay of a Rock Hermit in the Tianve system, located in Galaxy 1. His mother and father are unknown to this day, but it is known that they both come from Cesousla.

After shaking his fugitive status, Hoots became a trader, sneaking in hits at trade caravans when GalCop wasn't looking. He soon upgraded to a Caduceus Omega, the Sword of Fire.

In 3143, he founded Koneko Industries on Cesousla, in hopes to become rich(er). After trading in his ship for a Cobra Mk1, he worked hard and eventually purchased the Cobra Mk3 Taylor Miller, which was eventually rebuilt almost from scratch. This new Cobra Mk3 variant was later reproduced and sold by Koneko Industries as the Koneko Kobra. 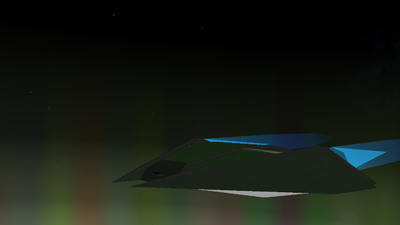 Ryan Hoots has flown many ships, most notably: