Difference between revisions of "Lambda Freighter"

Very little is known about the origin of this ship. Most likely the design came from the mysterious Empire in the unknown regions Benulobiweed Inc. had business with. However, the company producing the first models is long forgotten, it might have been an enthusiastic subcontractor. What is remembered is that the original drafts showed a Lambda-class T-4a shuttle so the first model was named Lambda Shuttle. However, after the first set of 100 ships left the slave-labored shipyard the name was hastily changed to Lambda Freighter T5-F01 and the manager disposed. Even after readjusting the price and offering some equipment in the package hardly any buyers could be attracted. With a mass roughly 10-times of a Anaconda (Oolite) but only 90 t maximal cargo this construction was a nightmare. What Spaceship? noted on a side mark that this must be the ship with the most luxurious crew quarters GalCop ever saw. Needless to say that not even 6 months later the Lambda Freighter T5-F02 was introduced. It didn't prevent the bankruptcy of the company so with only 2 models the first of the Lambda series became history.

Today you need to be lucky to see a Lambda Freighter on the ship lanes or in the shipyard of a station. While practically not existing in developed systems some are still in use and traded in Anarchies, Feudals or Multi-Governments and in places with a low tech-level. Be careful if you want to buy one, a cheaper price could cost you at the end more in the longterm.

For a civil ship of this size surprisingly fast and maneuverable. On the other hand most internal space was wasted and since it is too large to dock at most stations the time you win from the speed you loose later while waiting for shuttles to unload your cargo. There was a reason for the T5-F02. 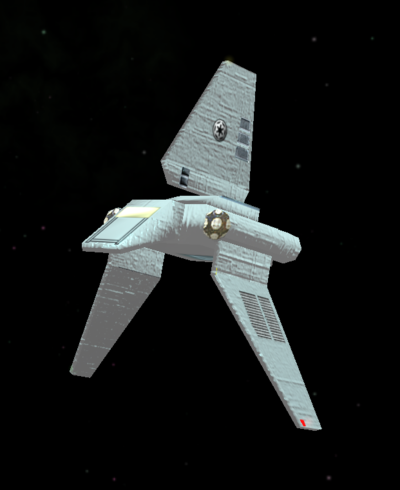 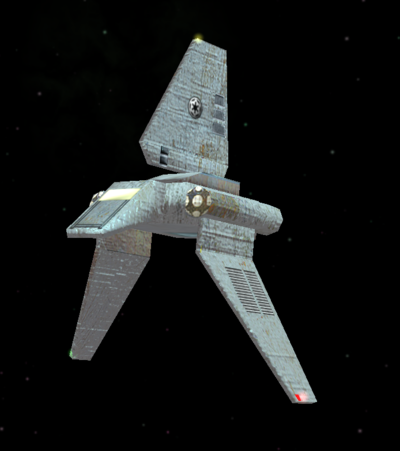 A by Medical Designs Technology altered Lambda Freighter T5-F01, now used as an orbital hospital. 6 attached Medical Shuttles are available to transport patients between the ship and the planet. Since GalCop interstellar conventions prohibit medical ships from carrying heavy weaponry this vessel is usually flying in convoys, typically with 2 Morray Medical Ships and 4 escorts. 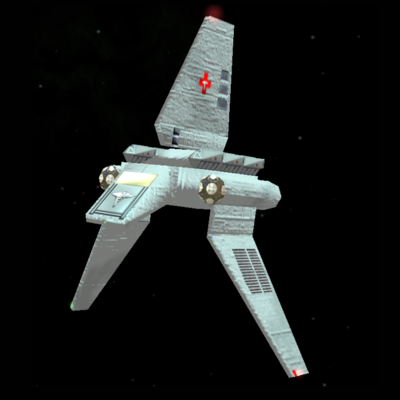 In daily business the T5-F02 had around 1000 t cargo space and was able to transport 100's of passengers at the same time. It's kind of ironic that most of these ships were sold after the bankruptcy of the company to cover some of their debts. 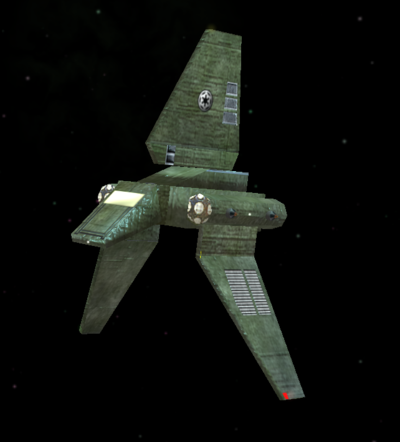 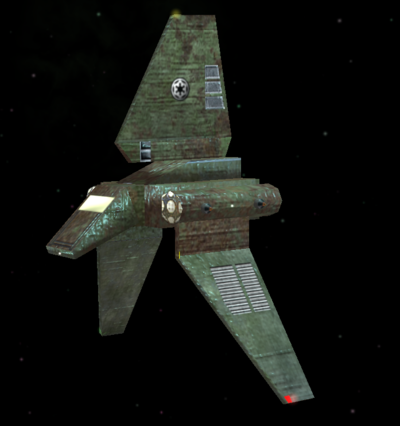 These ships got customized AI's but are using BigShips OXP as well. However, docking at stations is prevented.