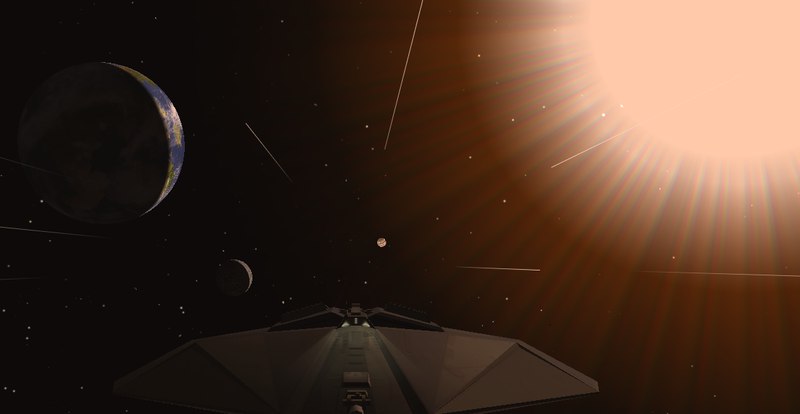 Based in Eastern Siberia, active in the Roolite community and favours an exploration-style game with more scientific realism - hence many of the ensuing oxps! For a bit more insight see here!

Stranger has developed his own Ooniverse. What one sees on the screen differs hugely - as do the mechanics of the game. It is a comprehensive attempt to make Oolite more scientifically realistic. It is recognisable as Oolite unlike Cim's Song of the Labyrinth) which is a radically new game. It might be most enjoyable to explore this after you have acclimatised yourself to more orthodox Oolite - then the combination of different game mechanisms combined with a new-look Ooniverse will be more greatly enjoyed! 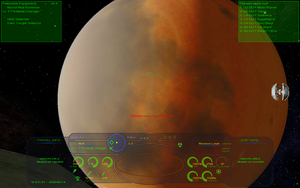 An Ice Giant with orbital station

• On the Solar System front, the distances between suns, planets et al have been tweaked to make them more realistic - as have been the star and planet sizes, the planetary and lunar orbits etc. Several dozen star types are defined (with some 56 spectral signatures) thus affecting solar radius, colour, solar flares, corona flares and solar wind. The star types are further synthesised with the appropriate planet types and orbital distances.

• There are some 9 texture packs which flesh out the looks of the heavenly bodies. These combine with the oxps tweaking the underlying physics of the suns, planets & moons. The new planet sizes impact on such matters as gravity wells (affecting the Torus Drive), moon orbits etc. These tie in with the description of the planet as technological/agricultural and also with its technology level.

• The emphasis on realism means that there is now only the one large orbital station in each system (of the more orthodox coriolis or dodecahedron varieties, with hanger space for hundreds of spacecraft) as usually only the main planet is habitable and capable of meaningful trade with the orbital station above.

Stranger has also thrown in a new set of Orbital Stations with differing functions appropriate to their location in the solar system and with relevant market demands (hint: alcohol may be much in demand depending on the function and location of the station!).

Then there are the game mechanics. The above changes necessitate some modifications.

• Landing on planets is affected by the changed gravity wells - so a customised altimeter is needed for one's HUD (for those capable, instructions for customising your favourite HUD are given in his SW HUD CAI oxp).

• The massively increased distances within the solar system and the lack of other large orbital stations (with their own dynamic markets featuring shifts in the valuations of many different commodities) leads to a tailored demand for a handful of goods in an orbital station which may be over 100,000km away from the main station - requiring specially chartered In-System Cargo Delivery missions.

• There is a new MFD (multi-functional display) which

Mechanics: changes due to realistic energy use

All movement and ship operations now consume fuel, as does energy generation.

• This engenders a need for more fuel tanks (reducing the space available for carrying cargo and thus affecting the economics of trade due to smaller holds).

• There is also a need to recharge fuel as one travels the vast and immense distances in the solar systems: hence the solar wind flux modifications.

• Since running out of energy is death, there is also a need to rebalance shields and energy use for combat and for vigorous travel: see Energy Rebalance.

• There is a further need for urgent priority docking at busy Orbital Stations when one is running out of energy: see Traffic Lights OXP!

SW Economy replaces this with a more usual triangle: agricultural - mining - rich industrial and different products are produced depending on planet size and wealth (fewer computers from poorer industrials, medicine - a new commodity - from richer agriculturals etc). Luxuries and Narcotics have their size downgraded so they now go in your cabin safe rather than the cargo hold. There are also tweaks to allow miners to always sell their produce after the 127 unit limit has been reached in the market. And missions sending urgent supplies out to the minor planets and orbital stations in the system.

This is a well-thought through set of oxps which comprehensively alter one's immersion in Oolite, and represent the fruits of a decade of hard work. To enjoy the full effect you may well find it necessary to uninstall a number of other oxps which conflict with the experience which Stranger is trying to create (as well as those oxps which the Expansion Manager flags up as problematic!). 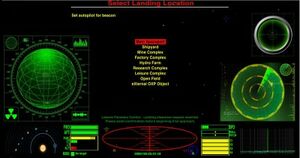 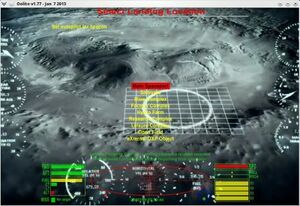 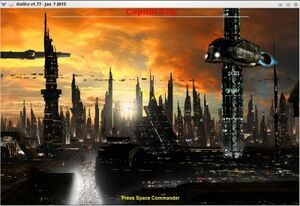 Of the oxps listed below, Leesti is Moon, SW HUD DAI (default altimeter), Hard Eject & Here be Dragons do not seem to be essential parts of Stranger's Ooniverse. However, adding in Here be Dragons will help emphasise the very different feel of his Ooniverse.

SW Equipment (a full suite of equipment designed for Stranger's Ooniverse), Planet Land (with several hundred landing sites on moons & planets), System Make Up (which further details the solar systems) and Universal Sky (making the skies more representational of what one really sees) have yet to be made available here (they are available through the Roolite website for Cyrillic readers!). There is also a several hundred page long instruction manual for the world and its oxp's! It might just be worth learning Russian!

New versions are available from within the expansions manager.

This article was not written by Stranger! For insights into his thinking try More real astronomy in Oolite & Preferred .oxps