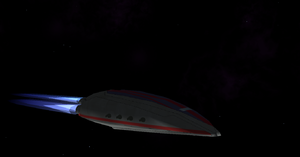 This version of the ship will be a part of Koneko Industries OXP Version 2.0